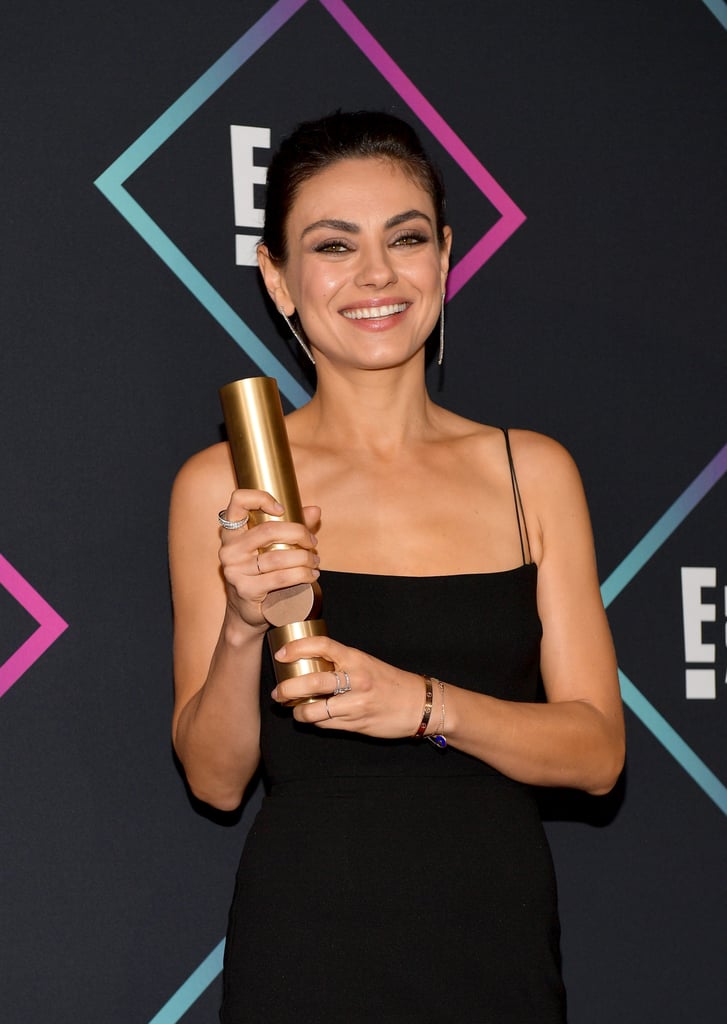 Mila Kunis stepped out solo for a fun outing at the 2018 E! People's Choice Awards on Sunday. She accepted the award for favourite comedy movie for The Spy Who Dumped Me, and was also nominated in the comedy movie star category for her role in the movie. In her acceptance speech, Mila brought attention to the devastating wildfires in California, which she described as a "state of emergency." She then urged viewers to donate to the Los Angeles Fire Department. See pictures from her night out ahead, and read the complete winners list here.