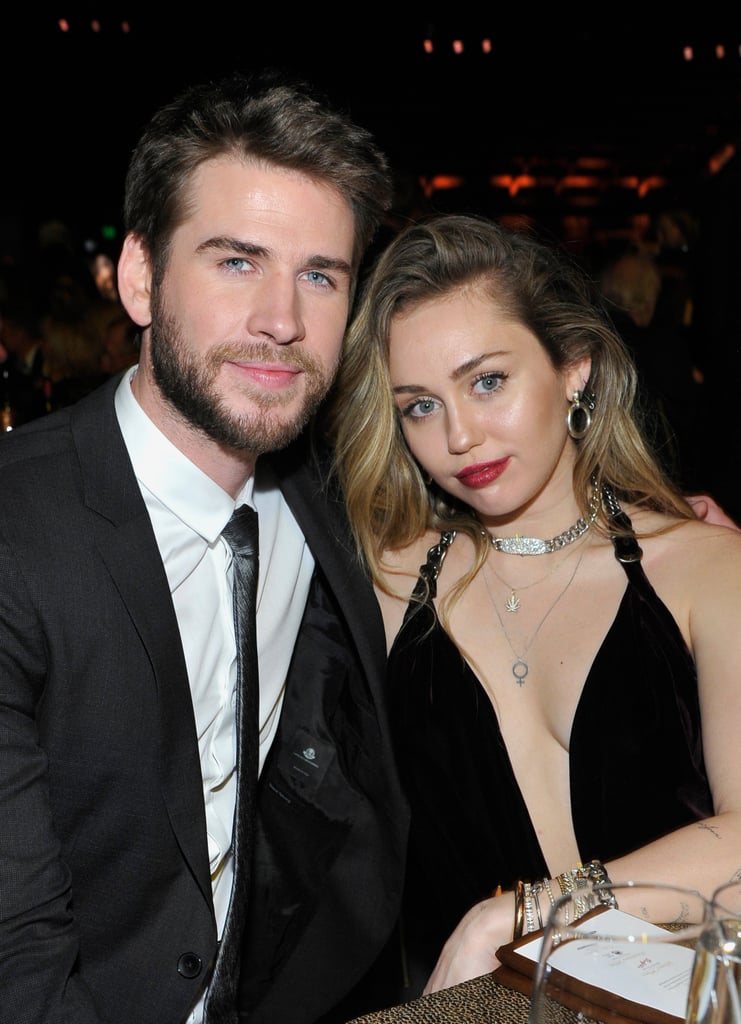 We've been patiently awaiting Liam Hemsworth and Miley Cyrus's first official outing as husband and wife since their secret December wedding. Well, praise be, because it finally happened! On Jan. 26, the married couple made a glamorous appearance at the G'Day USA Gala in Culver City, CA. They both had the newlywed glow as they sat together at the event, laughing and gazing into each other's eyes. Miley rocked a black dress with a plunging neckline, and Liam sported a snazzy suit and tie.

The "Nothing Breaks Like a Heart" singer was there to support her beau as he accepted the excellence in film award for his work in Independence Day and The Hunger Games. While accepting the award at the event, Liam gave a special shout-out to his longtime love, saying, "Thank you to my beautiful wife. You are a sweet, sweet angel." But Miley was hoping Liam would say a few more kind words and jokingly mouthed, "Talk more about me!"

The two have come a long way in their romance. They dated on and off for a decade before finally tying the knot in a gorgeous ceremony. Now, we're looking forward to seeing even more special outings between the (married) lovebirds. View the stunning photos of them at the gala ahead!

Celebrity Style
Do You Believe in Magic? Because Ciara's Bikini Straps Are Playing Tricks on Our Eyes
by Karenna Meredith 4 days ago