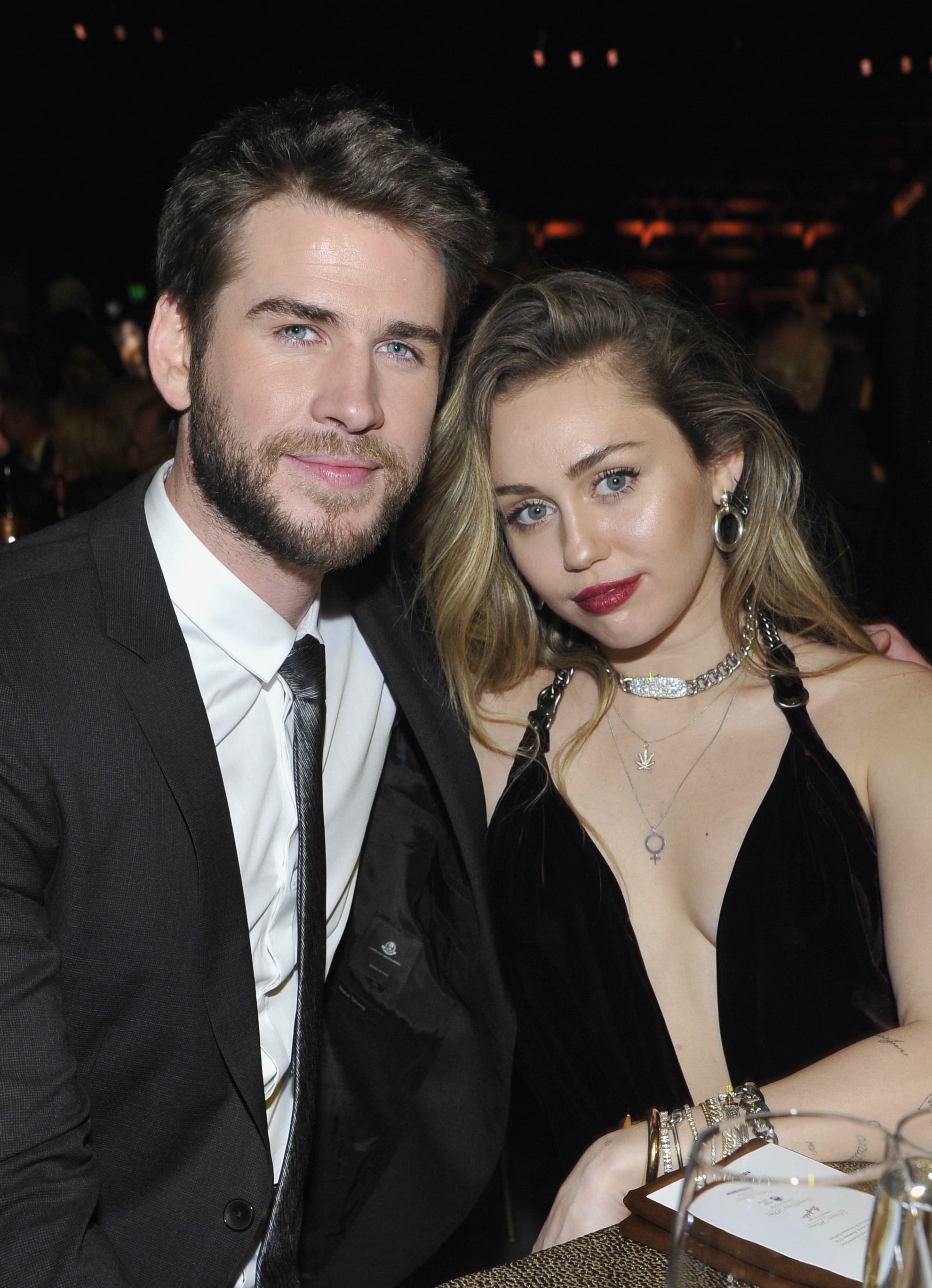 Miley Cyrus is getting in on the Valentine's Day action. On Thursday, the 26-year-old singer and actress posted a special tribute to her beau, Liam Hemsworth, and it might be one of the more hilarious celebrity Valentine's shout-outs of the day. In honour of the holiday, Miley shared a meme of her on stage with her legs in the air during her 2014 Bangerz tour. "When it's Valentine's Day and bae says hi," the meme reads. Miley then tagged Liam in the photo, adding, "Love you."

This marks the first Valentine's Day Miley and Liam will celebrate together as a married couple. After a 10-year on-and-off relationship, the two finally tied the knot back in December in a secret wedding ceremony. Since then, we've seen them supporting each other at events, including the G'Day USA Gala in January and the premiere of Liam's new movie Isn't It Romantic in February. But they've shared even more adorable moments over the years, so after you finish cackling at Miley's Valentine's Day post, check out some of their cutest pictures.