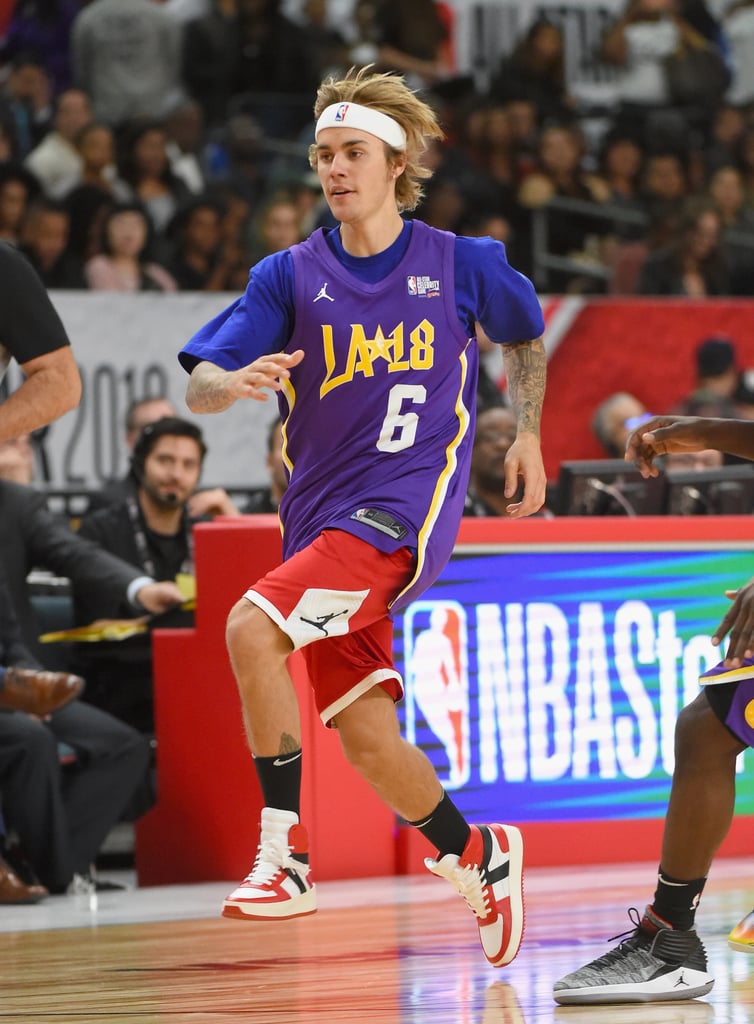 Celebrities came out in full force for NBA All-Star weekend this year, kicking things off with a celebrity basketball game at the Los Angeles Convention Center in LA on Friday night. Justin Bieber, Jamie Foxx, Michael B. Jordan, and Stranger Things star Caleb McLaughlin were just a few who took to the court to show off their hoop skills. Other notable attendees included Dascha Polanco of Orange Is the New Black, Black-ish star Miles Brown, rappers Quavo and Common, Nick Cannon, and HGTV's Property Brothers' Jonathan and Drew Scott. Quavo, a former high school basketball star, ended up winning the trophy for MVP, naturally. See more FOMO-inducing photos from the fun event ahead.