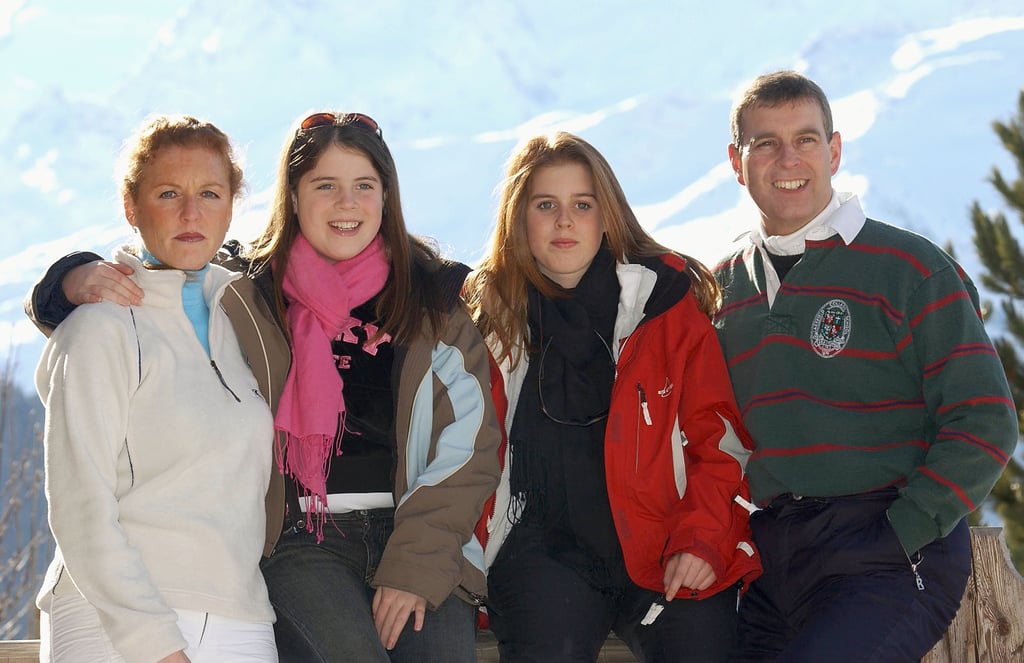 The Duke and Duchess of York in Verbier, Switzerland, With Their Daughters in 2003

Prince Charles might be the most well-known son of Queen Elizabeth II — he is set to be king, after all — but his younger brother Prince Andrew has made quite a name for himself over the years, too. Whether it be for his handsome looks in the '80s or his reported scandals, Andrew isn't a forgotten son of the crown by any means.

Prince Andrew, Duke of York, is the second-born son (born Feb. 19, 1960) to Her Majesty and Prince Philip, Duke of Edinburgh, and third overall child of the Windsor family. He falls in line after Prince Charles and Anne, Princess Royal (although before her in the line of succession) and before brother Prince Edward, Earl of Wessex.

He currently holds the rank of commander and the honourary rank of vice admiral in the Royal Navy due to his service as a helicopter pilot and instructor in the past. He also is the head of numerous charities and does work for the royal family.

Like his brother Prince Charles, Prince Andrew's family has been a big subject of focus in the UK and throughout the world, especially after he wed Sarah Ferguson in 1986 and later got divorced in 1996. The Duke of York has two daughters, Princess Beatrice and Princess Eugenie, both of whom have lived in the limelight along with their cousins Prince William and Prince Harry for decades.

In fact, Princess Eugenie was the first royal with a personal Instagram account, and after her wedding in October 2018, she has continued to be one of the most followed royals. That, however, is nothing new for her family, since her father has been navigating the press his entire life.

Above all, however, Andrew has always been a family man. No matter what royal duties he has had, his family comes first, and there are photos to prove it. Check out some of Prince Andrew's greatest family moments below, from his childhood with three siblings to his life with two daughters.