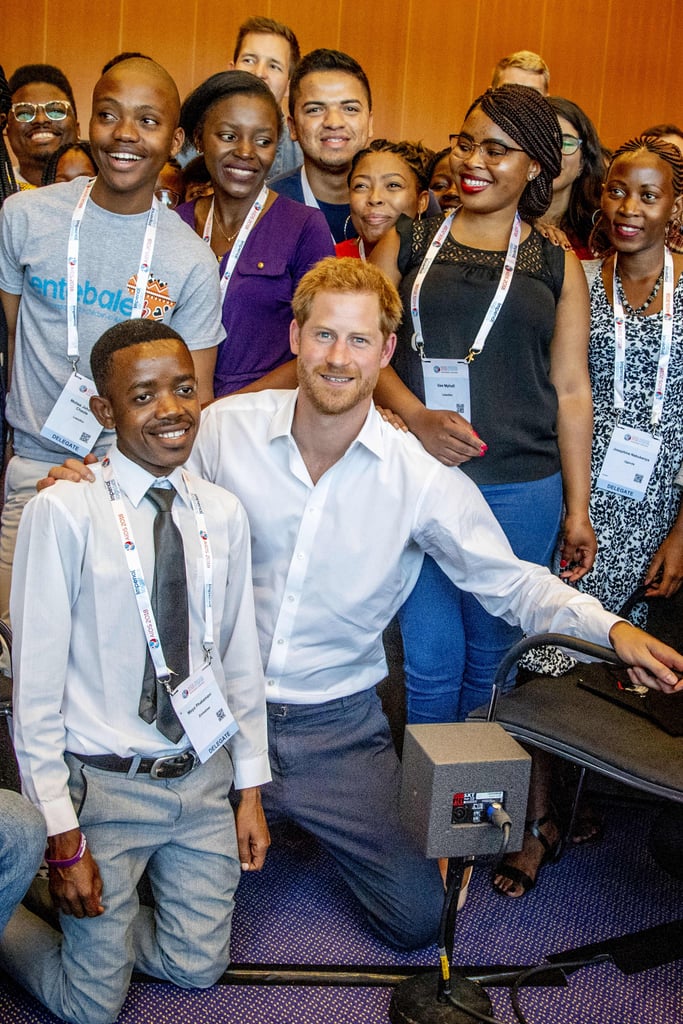 It's been almost 21 years since Princess Diana tragically passed away, but Prince Harry is committed to keeping her memory alive through his philanthropic work. On Monday, the Duke of Sussex officially kicked off his two-day visit to Amsterdam, where he attended the 22nd International AIDS Conference. While there, Harry met with young advocates from his Sentebale charity's Let Youth Lead program and participated in a Facebook discussion about the challenges and experiences of young people dealing with HIV. On Tuesday, Harry is set to reunite with pal Elton John to launch the MenStar Coalition, which is a global AIDS organisation aimed at targeting HIV infections in men.

One of the most important causes for Diana was the fight against HIV/AIDS, and it has also become one of Harry's. The royal previously attended the conference back in 2015 in Durban, South Africa, and in 2006, he and Prince Seeiso of Lesotho joined forces to set up Sentebale to raise funds and awareness. We have a feeling Diana would have been proud.

Related:
Are You a True Prince Harry Fan? Take Our Quiz and Prove It!

In conversation with Sentebale youth advocates