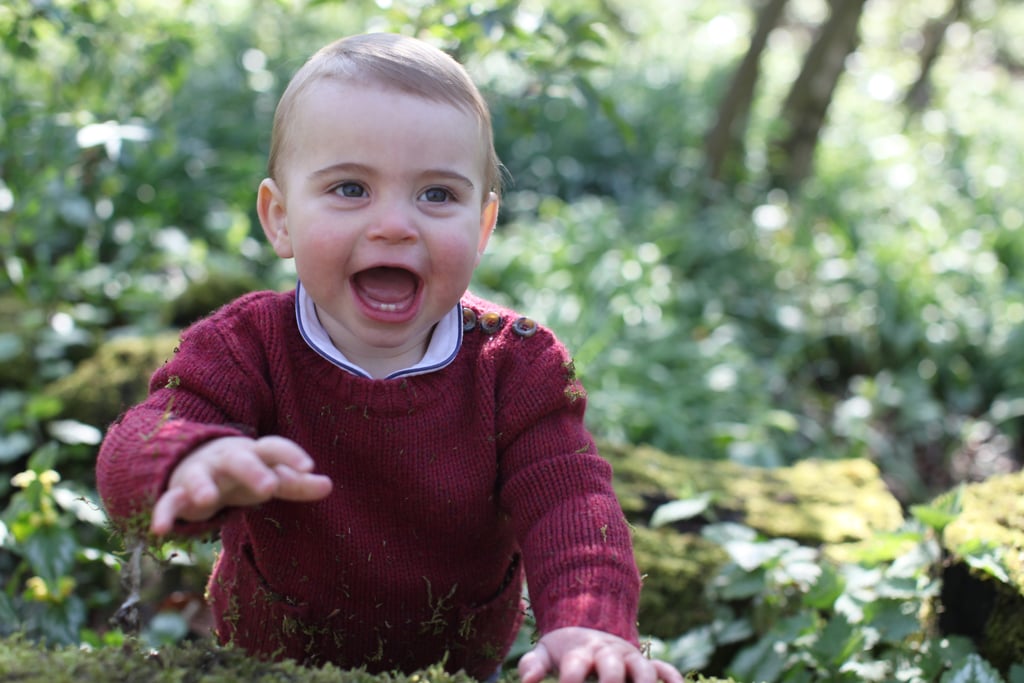 Prince Louis is celebrating a very special milestone: his first birthday! The tiny tot turns one on April 23, and Kensington Palace released three adorable new portraits ahead of his birthday on Monday. "The Duke and Duchess of Cambridge are delighted to share three new photographs of Prince Louis ahead of his first birthday tomorrow 🎈" the statement read. "The photographs were taken earlier this month by The Duchess at their home in Norfolk." In the precious shots, Louis is shown flashing his baby teeth for the first time ever. He's also pictured wearing a red sweater with buttons in two of the snaps, while in another, he has on a bright blue sweater with a dog on it. So cute! The last time we got a glimpse of Louis was in Prince William and Kate Middleton's 2018 Christmas card, so these new portraits are certainly a treat!

Related:
These Precious Prince Louis Photos Will Turn Your Heart Into Mush in 3, 2 . . .
Previous Next Start Slideshow
The RoyalsPrince LouisThe British Royals