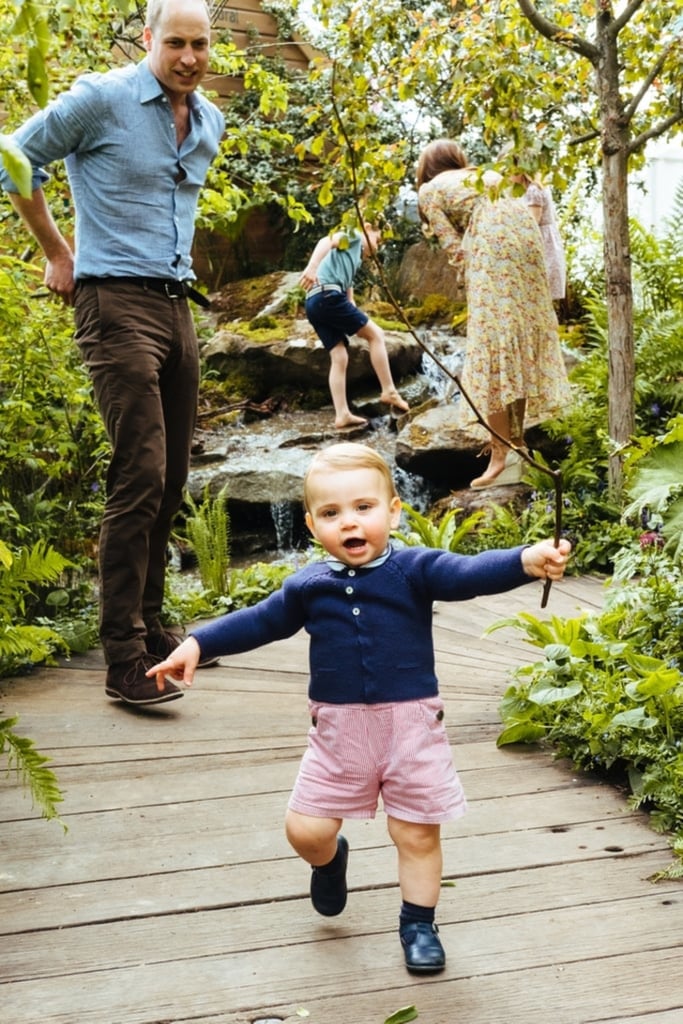 These Precious Prince Louis Photos Will Turn Your Heart Into Mush in 3, 2 . . .

When Prince William and Kate Middleton welcomed their third child on April 23, we couldn't wait to catch a glimpse of the new arrival. The couple's second son, Prince Louis Arthur Charles, was born at 11:01 a.m, and four days later we learned his name, which, like those of his elder siblings Prince George and Princess Charlotte, honours other members of the royal family.

Louis is the first boy to be born into the family who will not overtake his older sister in the line of succession. He is fifth in line for the throne, behind his grandfather Prince Charles, his father Prince William, and his siblings George and Charlotte. This means it's unlikely the prince will ever take the throne, but we still have the fun of seeing him attend royal engagements and participate in royal traditions as he grows up.

The first of those? That famous photo call on the steps of the hospital, hours after being born. Then, we got another glimpse of the youngest royal at his christening. Since then, he's joined his sister Charlotte in having silly facial expressions in photos. But while Charlotte is known for her mischievous grin, Louis's photo signature is becoming his adorably emotive body language.

Ahead, remind yourself of all of Louis's lovely family moments ahead!

Related:
What Does a Spare Prince Do? Here's What Prince Louis's Duties Will Be
Previous Next Start Slideshow
The RoyalsPrince LouisThe British RoyalsRoyal BabyPrince WilliamKate Middleton