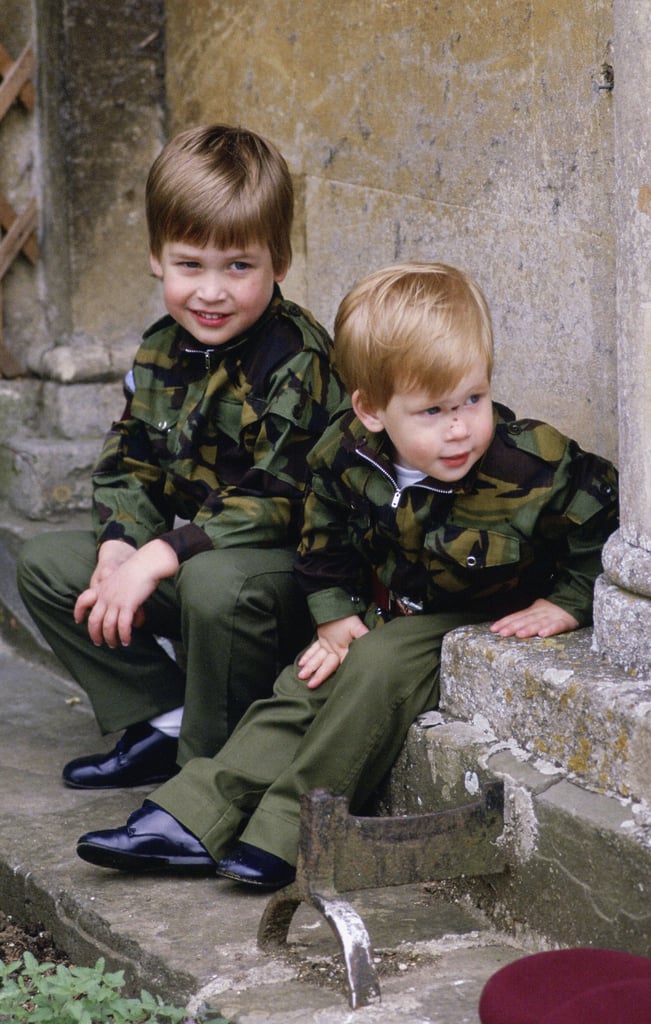 Prince William became a big brother in September 1984 when his brother Harry was born, and from the start, the two have been nearly inseparable. Thanks to the modern royal parenting of their late mother, Princess Diana, the boys were afforded a lifestyle that was far more normal than was customary at the time — they were often photographed on beach holidays, at theme parks, and even at McDonald's with their adoring mum. After her death in 1997, the brothers' bond became even tighter. "We have been brought closer as a result of the circumstances," Harry has said. "You are uniquely bonded because of what we've been through."

Harry was right by his brother's side when he married Kate Middleton in 2011, and much like Kate and her sister, Pippa, the young royals have remained incredibly close even after the big day — Harry didn't even mind third-wheeling it with the couple on official appearances and charity visits. But even before Kate came along, these guys were two peas in a royal pod — and William returned his best man duties when Harry walked down the aisle with his love, Meghan Markle. As June 21 marks William's 36th birthday, take a look back at all of their cutest brotherly moments.

Related:
Who Has Been Hotter Over the Years: Prince William or Prince Harry?
Previous Next Start Slideshow
The RoyalsThe British RoyalsCelebrity FamiliesPrince WilliamPrince Harry