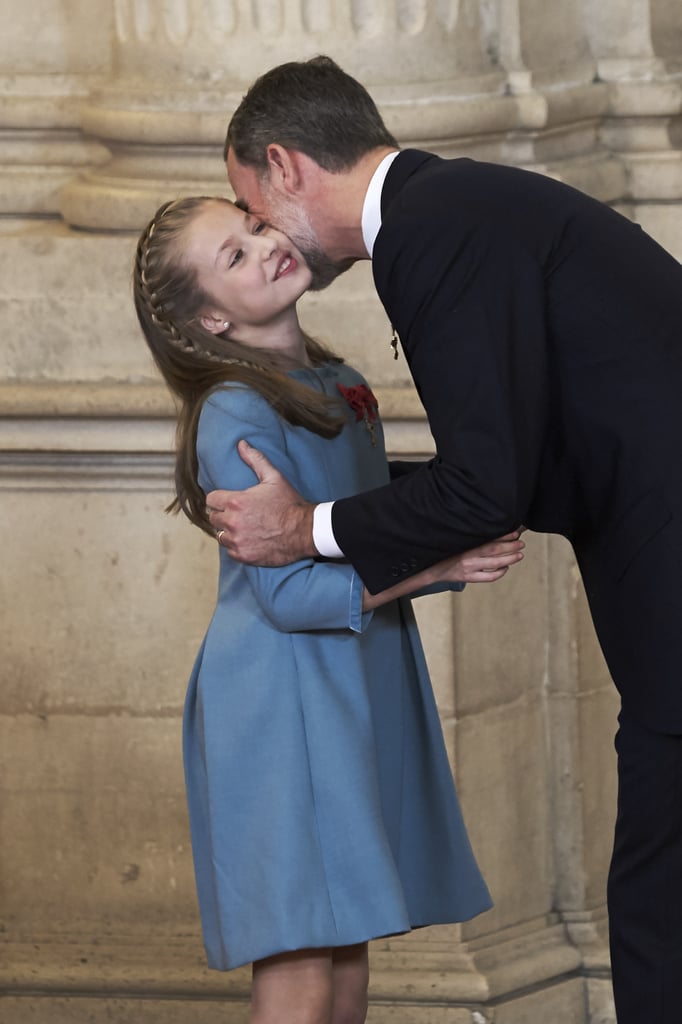 While many girls only dream of being a princess, at just 12 years old, Princess Leonor is on her way to becoming the queen of Spain. On Tuesday, King Felipe VI marked his 50th birthday by presenting his eldest daughter, Leonor, with the Order of the Golden Fleece at the Royal Palace in Madrid, Spain. The award is one of country's most coveted honours and is a "symbolic step" in Leonor's road to ascending the throne after her father.

During his speech, Felipe couldn't help but gush about how proud he is of Leonor. "Today, Leonor, you are taking a very important and symbolic step towards your future role, which began on 19 June 2014, when, by constitutional rights, you were named the Princess of Asturias and given other titles that traditionally belong to the heir to the Spanish throne," Felipe said. "I know it may seem like you have lots of challenges and responsibilities to face, all important and difficult, but know that you have the support of many people who want the best for Spain, for the crown and for you. Your family will always be at your side, especially your mother and Sofia, who will be with you, supporting you, as will your grandparents and of course, myself. Know that you have my complete trust and that I feel so immensely proud to have presented this Order of the Golden Fleece to you this morning."

To make matters even sweeter, the special event also brought out Leonor's mother, Queen Letizia, and her younger sister, Infanta Sofía, who could not have looked happier for her. Leonor was officially granted the order back in October 2015, but it wasn't ceremoniously given to her until now.