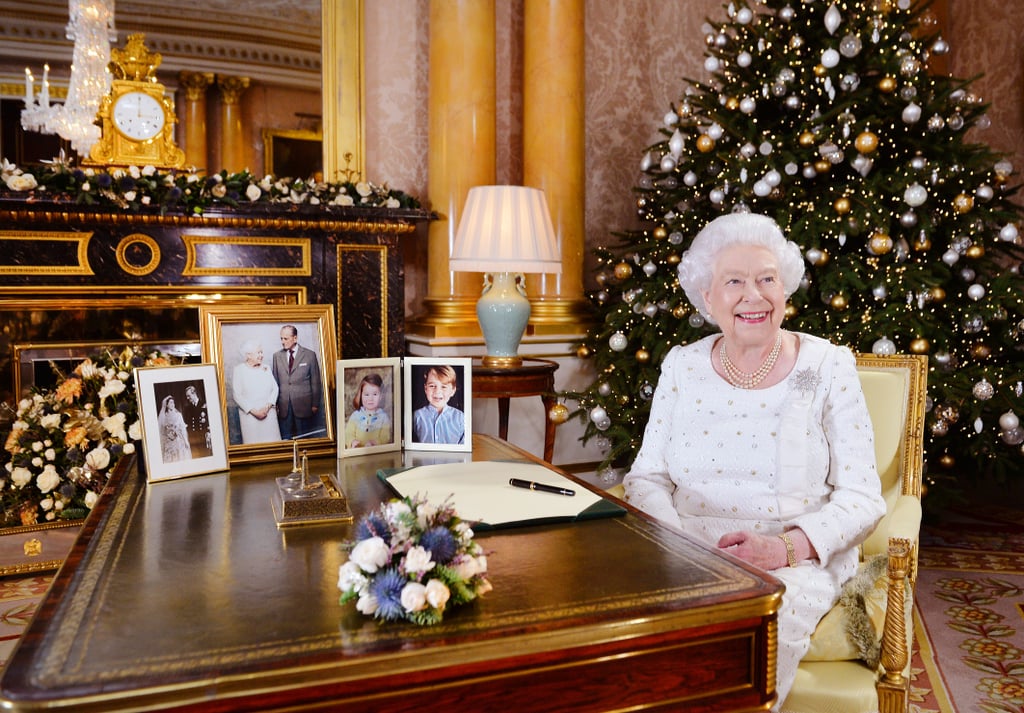 Christmas time is full of family traditions. For many British families, one of those traditions is sitting in front of the TV together to watch the Royal Christmas Message, which many call "the Queen's speech," on Christmas Day.

The Queen's speech is delivered (unsurprisingly) by Queen Elizabeth II and is largely written by the Queen herself, although she'll often have help on topics from Prince Philip and assistance from her staff as needed. The speech focuses on major events and reflections on the past year, featuring archived footage and recordings to accompany the speech.

However, the speech wasn't always on TV. The Queen delivered her first speech on the radio in 1952. It wasn't until 1957 that it began to be televised. Since then, the Queen has tended to change her surroundings each year, including the Christmas decorations, her clothing, and, most notably, the framed family photos that surround her. These are often the biggest telltale sign as to what she will be reflecting upon in the speech. Take 2014 for example, when photos of George V and Queen Mary were on display as the Queen discussed the centenary of the outbreak of World War 1. In 2017, the display of photos were more up to date, with a framed photo of Prince Harry and Meghan Markle and one of Princess Charlotte and Prince George.

If you've got a few hours to spare, you can look back at the Queen's televised Christmas speeches, which offer a unique look back at the history of the UK and the Commonwealth. Keep a look out for those adorable (and often never-before-seen) framed family photos.

Related:
12 Royal Christmas Traditions That Will Surprise You
Previous Next Start Slideshow
The RoyalsChristmasThe British RoyalsQueen Elizabeth II
Around The Web

The Royals
Was Meghan Markle's Bold Eyeliner During Her Oprah Interview a Subtle Nod to Princess Diana?
by Tori Crowther 8 hours ago