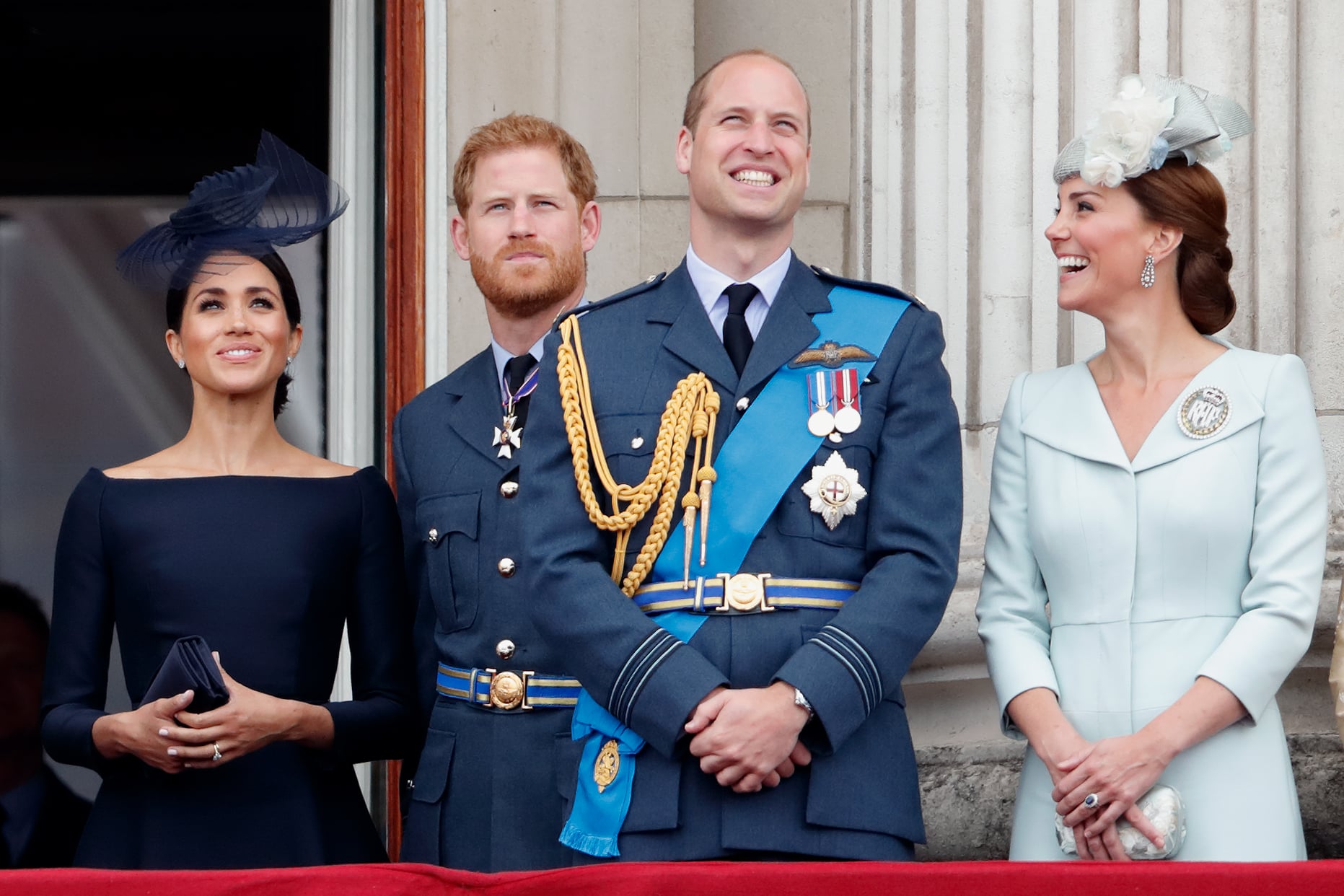 On Oct. 15, Prince Harry and Meghan Markle officially announced they are expecting their first child, who will be born in the Spring of 2019. Of course, the internet immediately had things to say, and the family were also quick to share their excitement at the idea of welcoming a new little member to the royal clan.

A spokesperson for the Palace told The Telegraph that Meghan's mother, Doria Ragland, is of course "very happy about the lovely news and she looks forward to welcoming her first grandchild." As for the royal family, they congratulated the couple in person when they all attended Princess Eugenie and Jack Brooksbank's wedding. "The Queen, Duke of Edinburgh, Prince of Wales, Duchess of Cornwall, and Duke and Duchess of Cambridge are delighted for the couple and were able to congratulate them on Friday at the wedding in person," the spokesperson added.

The lovely news was shared just one day after Harry and Meghan's arrival in Sydney, where the couple are getting ready to embark on their first royal tour as a married couple. Over the next couple of weeks, the Duke and Duchess of Sussex will be visiting Australia, Fiji, Tonga, and New Zealand and will also attend a few sporting events (including the closing ceremony) at the Invictus Games.