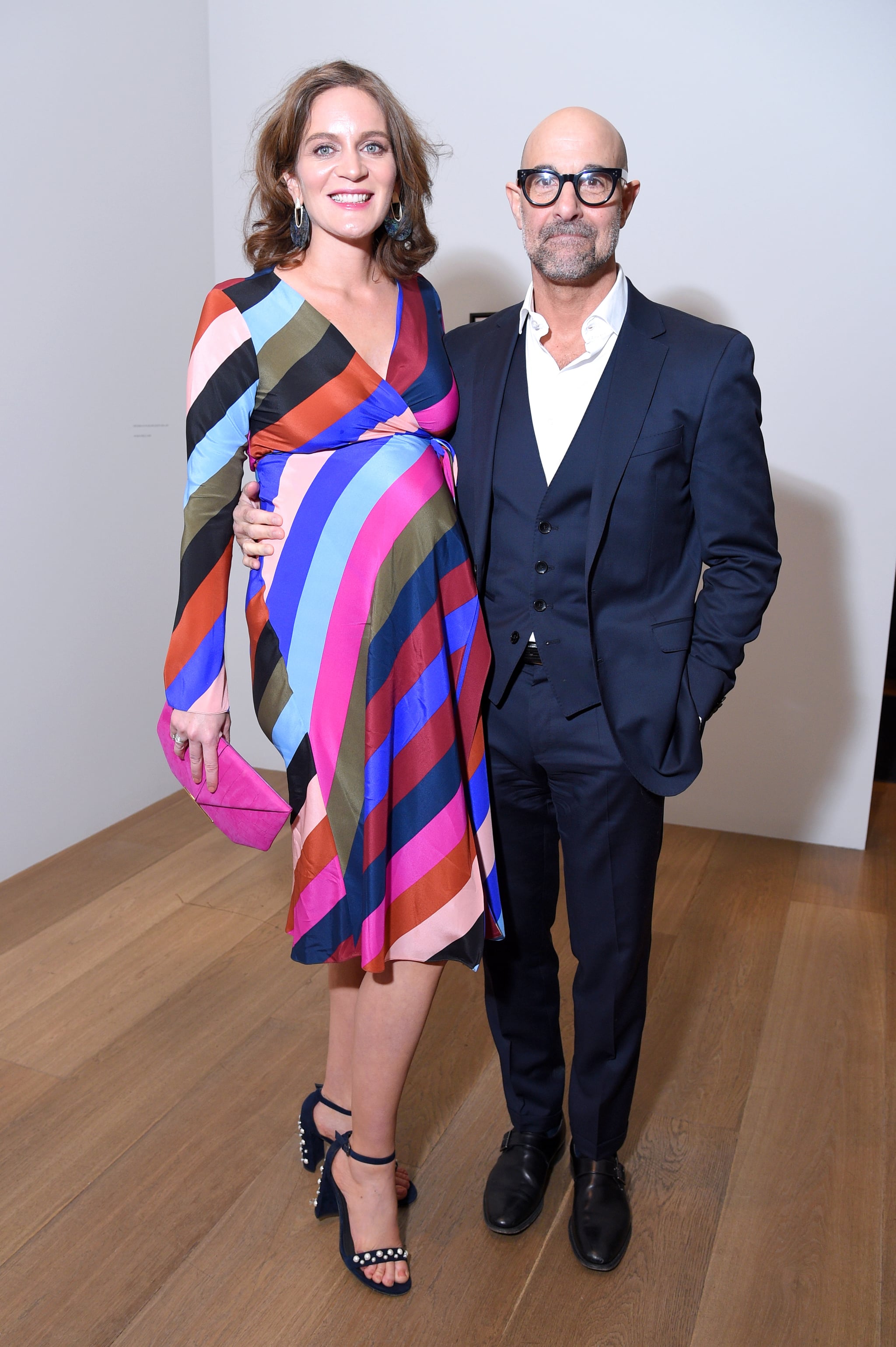 Stanley Tucci and Felicity Blunt made the sweet announcement about their second pregnancy in the most casual way possible at Guggenheim Museum in NYC on Thursday night. Felicity's sister, Emily Blunt, and friend, Blake Lively, were spotted rubbing the literary agent's belly on the red carpet for the screening of Final Portrait, confirming the exciting news. Stanley and Felicity became parents to a son named Mateo Tucci in early 2015. The couple first met at Emily's wedding to John Krasinski in 2010, and tied the knot in a private ceremony in 2012. Congrats are in order for Stanley and Felicity!