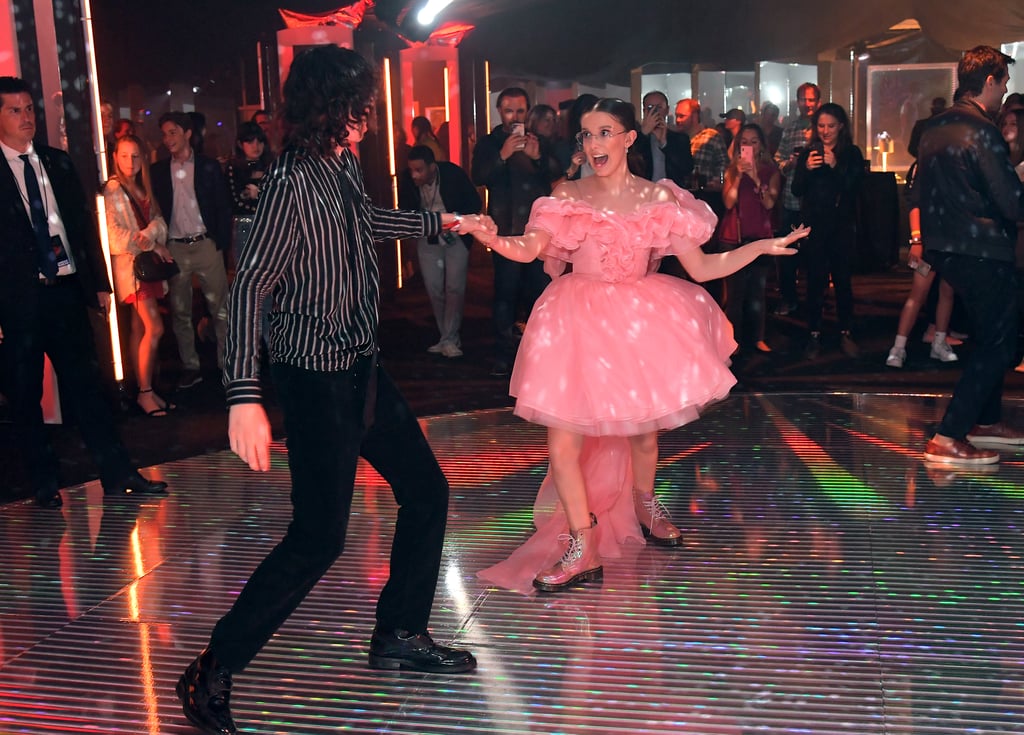 The cast of Stranger Things hit up Santa Monica, CA, on Friday for a fun-filled evening celebrating the show's upcoming third season. Stars such as Milly Bobbie Brown, Caleb McLaughlin, Sadie Sink, Finn Wolfhard, Gaten Matarazzo, and Noah Schnapp united for the big premiere as they posed and laughed together on the red carpet. Also in attendance were the teenagers' fellow costars, including David Harbour, Winona Ryder, Charlie Heaton, Natalia Dyer, Dacre Montgomery, and Joe Keery — who was joined by girlfriend Maika Monroe. Everyone was dressed to the nines, but Milly certainly made a statement with an off-the-shoulder pink tulle dress, as did Gaten with a neon green blazer.

At the afterparty, the tight-knit group enjoyed carnival rides and arcade games where other celebrities such as Marsai Martin, Chloe x Halle, Jaden Smith, and Ashley Tisdale got in on the fun. Millie even got down on the dance floor with Finn and posted a picture of their disco session. "He's the Mike to my El," she captioned the post, referring to their Stranger Things characters. Keep scrolling to see even more photos of the cast living it up at the gathering!