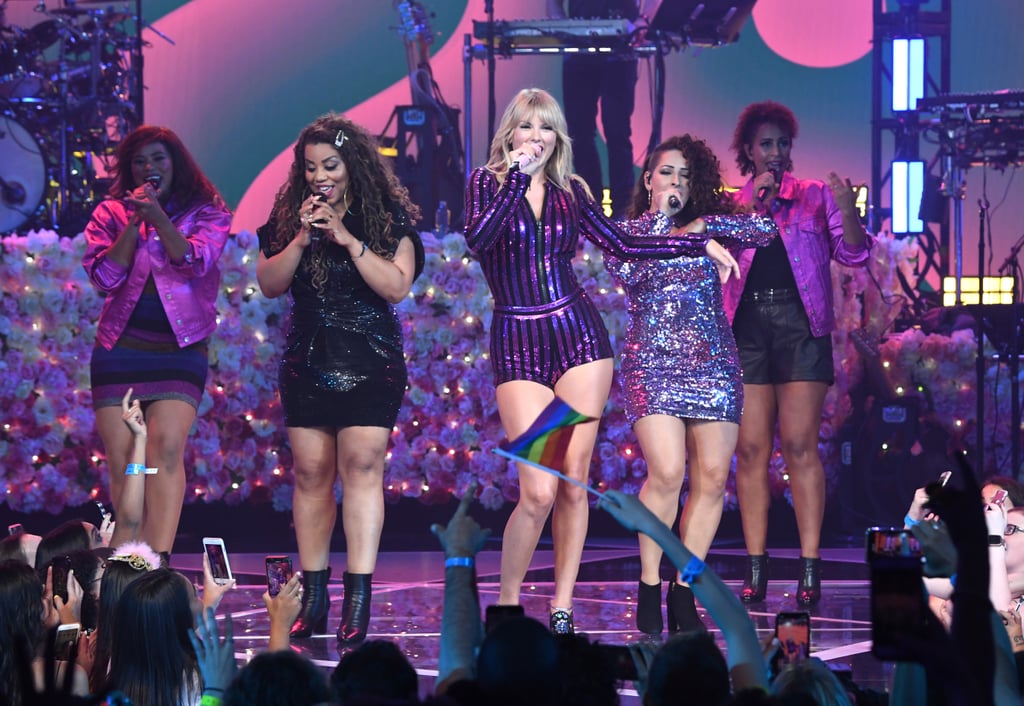 Taylor Swift brought down the house at Amazon's Prime Day concert special! On Wednesday night, the singer performed some of her greatest hits — including "Love Story," "Blank Space," and "I Knew Your Were Trouble" — at the Hammerstein Ballroom in NYC. The event, which was live streamed for Amazon Prime users, also brought out powerhouses Dua Lipa, Becky G, and SZA.

While the concert marked Taylor's first time performing her new single "You Need to Calm Down," it also marked her first public appearance since she spoke out against Scott Borchetta for selling her masters to Scooter Braun. Even though Taylor didn't make mention of the drama during her concert, she not-so-subtly called out Scott and Scooter during her final performance of the night. As she sang "Shake It Off," she put an extra emphasis on the "liars and the dirty, dirty cheats of the world" line.

After Big Machine Records was sold to talent manager Scooter for $300 million, Taylor made a public statement on Tumblr on June 30, calling out the Big Machine Records founder for never giving her the chance to buy back her masters. She added that the sell of Big Machine Records to Scooter was especially upsetting because she felt like he played a part in bullying her during her feud with Kanye West in 2016. Following Taylor's statement, various artists began to take sides in the feud on social media, opening a larger debate about artists getting the rights to their own music.

Taylor may not have commented on the feud during the Prime Day Concert, but she certainly proved that she knows how to shake off the haters. See more pictures from her performance ahead!

Related:
These Are the 13 Performances That Taylor Swift Fans Will Never, Ever, Ever Forget
Previous Next Start Slideshow
Amazon Prime DayAmazonTaylor Swift