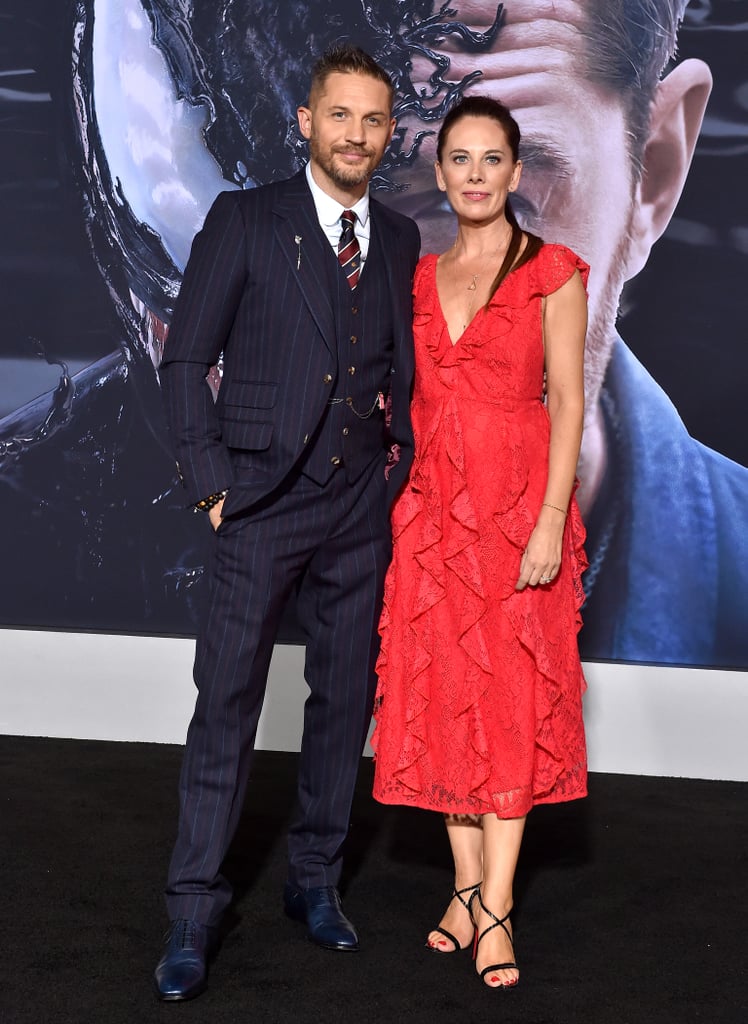 Tom Hardy was looking significantly less possessed by an amorphous alien symbiote at the premiere of Venom on Monday. His apparent affinity for playing characters that wear masks in movies can sometimes make us forget how gorgeous he is, but thankfully his red carpet appearances remind us of his alluring smile and smoulder. He was accompanied by many of his fellow Venom castmates, including Michelle Williams, Kelly Marcel, Riz Ahmed, and Jenny Slate.

View pictures of Tom and the other stars of Venom in the photos ahead.

Previous Next Start Slideshow
VenomMoviesTom HardyRed Carpet
Around The Web