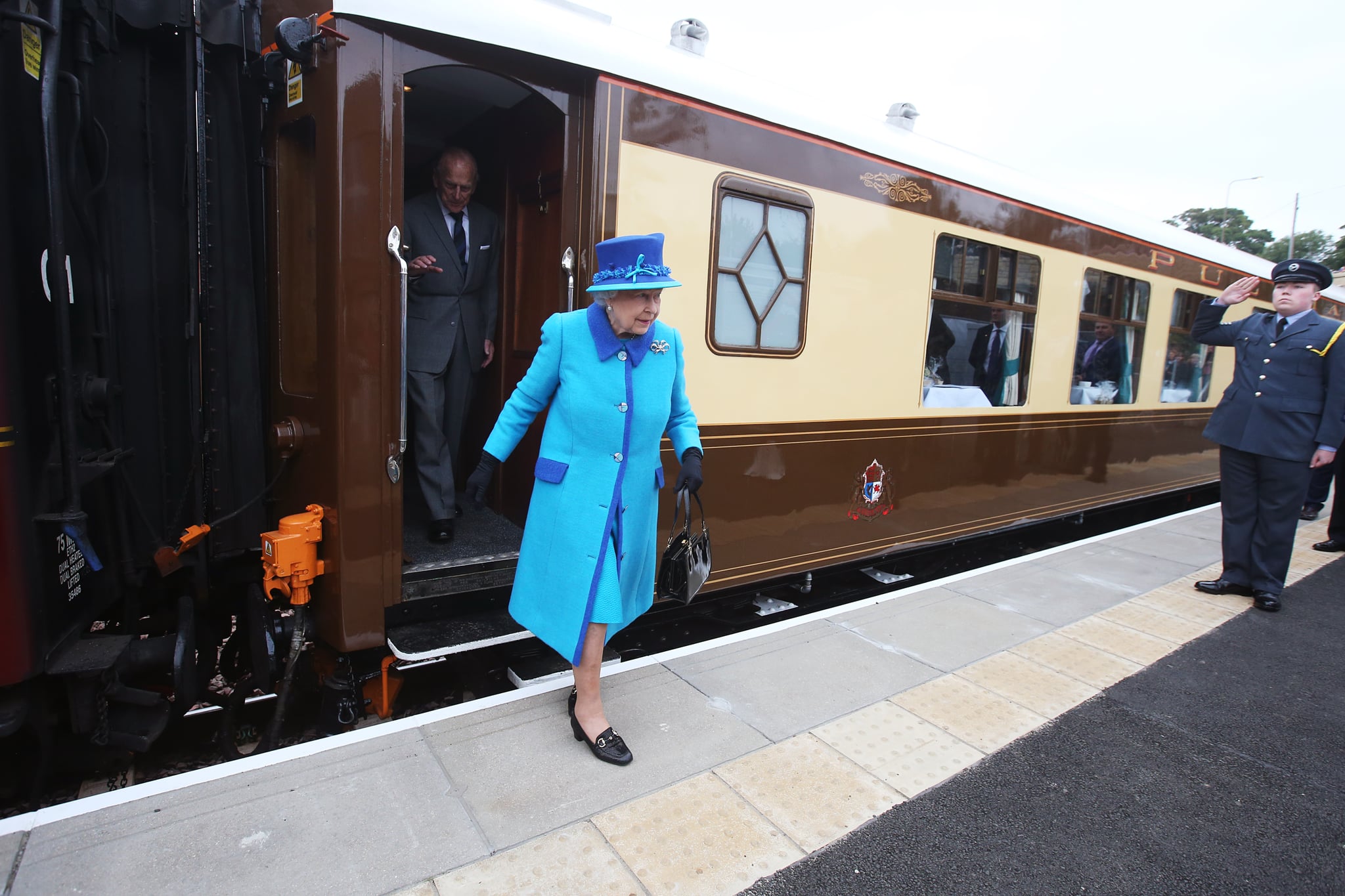 Queen Elizabeth II has done an awful lot of travelling in the course of being the Queen, and when she does, she definitely doesn't travel light. Along with the usual stuff that we all would bring along on trips — toiletries, snacks, clothes — the Queen brings something incredibly odd on every extended trip: a pack of her own blood.

This strange inclusion on the Queen's packing list actually makes some sense when you think about it, even though it's definitely far from the norm for us non-royal folk. The idea, as Marie Claire explains, is that in case of a major medical emergency during a trip far from her usual medical team, the Queen would have her own blood available for a blood transfusion should she need it. A pack of blood accompanies her, in the care of a Navy doctor. She's not the only member of the royal family who does this, either: Prince Charles, the Prince of Wales and her immediate heir, also follows this protocol.

Blood isn't the only morbid item that the Queen takes on her travels. She, along with all members of the royal family, always packs a black outfit whenever she's travelling. The reason? In case another member of the royal family dies at some point before the traveller is set to return home. That way, they can be wearing black mourning clothes as soon as they arrive back in the UK. This rule stems from a real-life awkward moment that happened to the ueen herself. In 1952, then-Princess Elizabeth and her husband, the Duke of Edinburgh, were on a trip to Kenya when they received word that her father, King George VI, had died and she was now the Queen. Upon returning to the UK, though, she had to wait on the plane until an assistant could bring her a black outfit, since she had not packed any mourning clothes.

Marie Claire also reveals some other items on the Queen's must-have packing list. "There's a monogrammed kettle and earl grey [tea], pine-scented soaps, framed family photos, Harrods' sausages, Gin, barley sugar and of course a hot water bottle down on the list," they describe. While some of those items are easily recognisable, not all are obvious. For instance, "barley sugar" is actually a homeopathic remedy for jet lag: according to the Independent, they're supposed to help her blood sugar adjust to the eating times of the new time zone, thus helping the body adjust overall.

Another unexpected item? Toilet paper. That's right: the Queen brings her own toilet roll on her travels, according to a Telegraph reporter who spent 20 years covering the royal family. "Sanitary ware is marked or sealed with stickers to warn others that they are reserved," he notes; apparently only the Queen and Prince Philip are allowed to break the stickers to use those rolls. No specific reason is given for this particular quirk; one assumes that it's to ensure that royalty never has to endure the indignity of scrambling when they're out of toilet paper. In any case, the contents of the Queen's luggage are always interesting and as unique as she is!