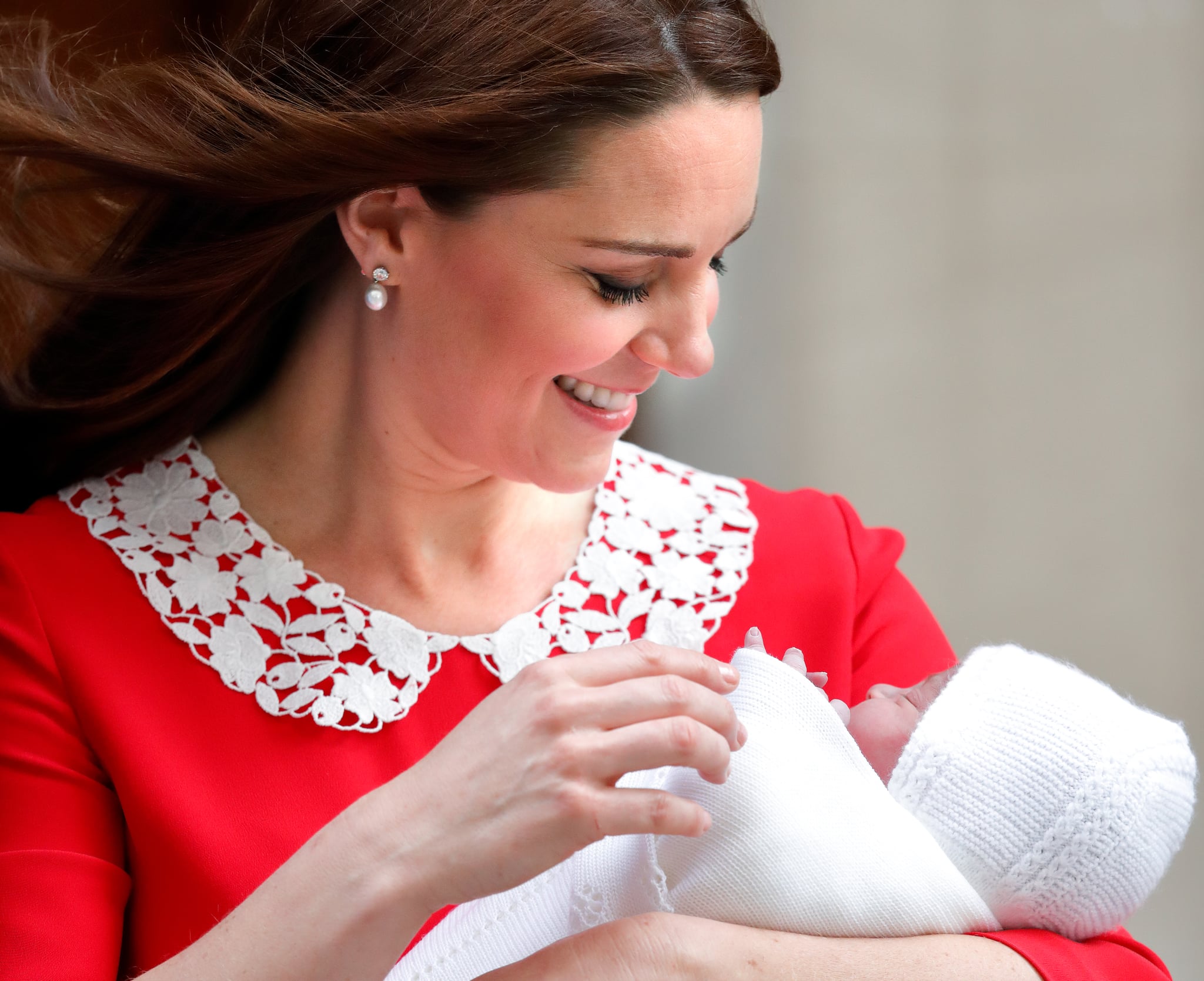 It's been quite a year for royal fans, with the birth of William and Kate's baby and the wedding of Prince Harry and Meghan Markle dominating the first half of 2018. With the new Duke and Duchess of Sussex hitting the royal trail and planning their Autumn tour to Australia, New Zealand, Fiji, and the Kingdom of Tonga, the spotlight has strayed from the Cambridge household. However, there is of course still the christening of Prince Louis to look forward to! So when and where is it likely to be, who will be there, and who might the little prince's godparents be?

When Is the Christening?

Kensington Palace announced via Twitter that the upcoming christening will be held on Monday, July 9. For comparison, Prince George's October 2013 christening was held three months after he was born, while Princess Charlotte's christening had a quicker turnaround of just two months, and her special day was in July 2015.

The Duke and Duchess of Cambridge are pleased to announce that the christening of Prince Louis will take place on Monday 9th July at The Chapel Royal, St James’s Palace, London.

Prince Louis will be christened by The Archbishop of Canterbury, the Most Reverend Justin Welby. pic.twitter.com/aBGNYTMRri

Where Will It Be?

Like his brother, Prince George, Prince Louis will be christened in the Chapel Royal at St. James's Palace in London. Princess Charlotte was christened in the Church of St. Mary Magdalene on the Sandringham estate in Norfolk (the Cambridges were based at their Norfolk home Anmer Hall when Charlotte was born). Since William and Kate are now located full-time in London, it makes sense that Louis's big day will be at the Chapel Royal.

Who Will the Godparents Be?

While Prince George has seven godparents, Princess Charlotte has just five, and it's likely that Prince Louis will follow in his sister's footsteps. Despite already calling upon the services of 12 of their nearest and dearest, there are still a good amount of potential candidates to rely on for guidance for the youngest Cambridge.

From William's side, there is Princess Eugenie, who is close to both William and Kate and is not only neighbours with the couple at Kensington Palace but was also one of Louis's first visitors.

William grew up with a polo-playing family called the Tomlinsons, and after attending their weddings over the years, it could be that William and Kate ask one of the siblings, Luke, Mark, or Emma, to do the honours for their youngest child. Both George and Charlotte have godparents with a connection to Princess Diana, and so Louis could well do too — whether it's someone from the Spencer side of the family or an individual who had a close friendship with the princess.

From Kate's side, she could call upon her old school friend Trini Foyle, who is still tight with the duchess, or her cousin Lucy Middleton, with whom Kate is also close. 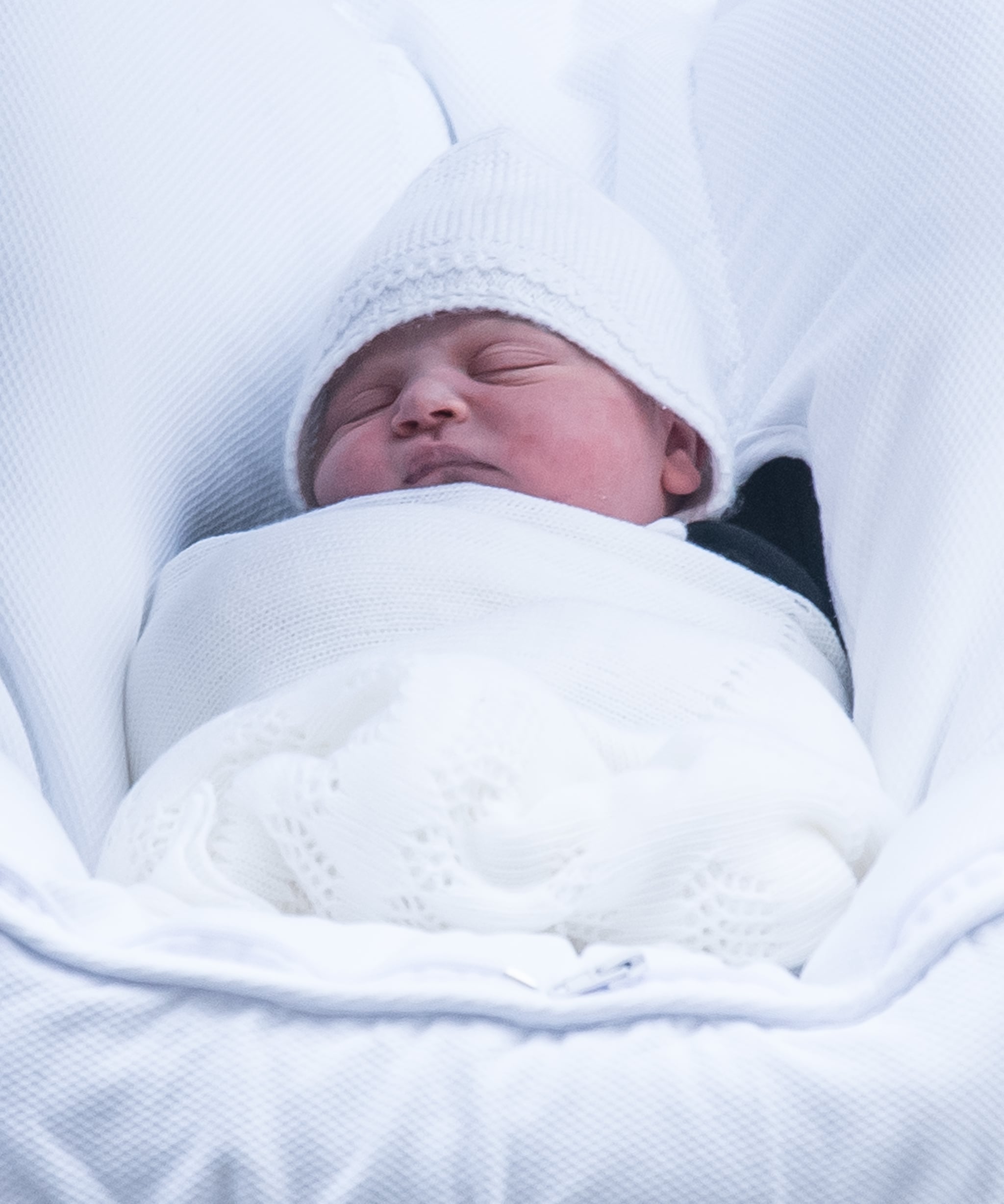 Who Else Will Be There?

Royal christenings these days are kept fairly small. At Prince George's, there were 22 guests: five royals, four Middletons, seven godparents, and their partners. Charlotte's was smaller, with just five godparents plus their partners, while the family group was minus Prince Harry, who was serving in the Australian military. Prince Louis's will likely be more of a similar size to his big brother's, though, since both families have grown in the past few years.

Not only has Harry married Meghan, but Kate's sister, Pippa, is now married to James Matthews, and they are all likely to attend — plus of course Prince George and Princess Charlotte.

What Will Kate Wear?

The duchess is very traditional when it comes to her children's christenings, and on both previous occasions, she has chosen a new ivory Alexander McQueen outfit (jacket and skirt for George's and a coat dress for Charlotte's) accessorising with a Jane Taylor hat, so it looks likely that Kate will tap up the same designers the third time around.