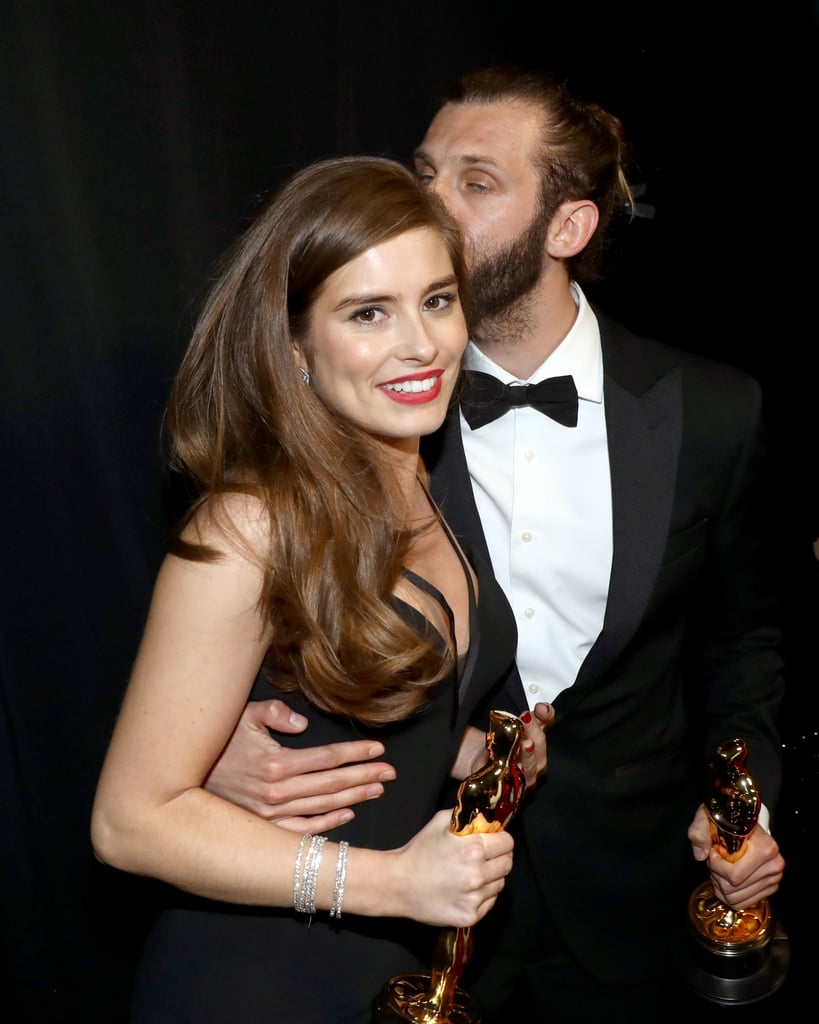 Rachel Shenton took home Oscar gold when The Silent Child, which she wrote and starred in, won the Academy Award for best live action short film on Sunday night. The project — which tells the story of a 4-year-old profoundly deaf girl who learns to communicate through sign language — is deeply personal for the English actress, who was inspired by her own experiences as the child of a parent who becomes deaf. The 31-year old had the internet ablaze when she accepted her award in British sign language; when she was 12 years old, her father, Geoff, lost his hearing after undergoing chemotherapy treatment for cancer. He passed away in 2001, at which time Rachel learned sign language and even qualified as an interpreter.

Rachel has appeared in a handful of British TV shows, including Genie in the House, Sophia's Diary, and the soap opera Hollyoaks. She also starred in the American series Switched at Birth. Off screen, Rachel works hard to raise awareness of deafness and hearing loss in the UK. She is an ambassador for the National Deaf Children's Society and climbed Mount Kilimanjaro in 2013 in aid of the charity.

Another heartwarming facet of Rachel's big win is that her fiancé, Chris Overton, directed The Silent Child. Chris, an actor and filmmaker, also starred on Hollyoaks in 2010, which is likely how the couple first met. Check out the best pictures from Rachel's night at the Oscars with her fiancé, Chris, and young costar Maisie Sly.