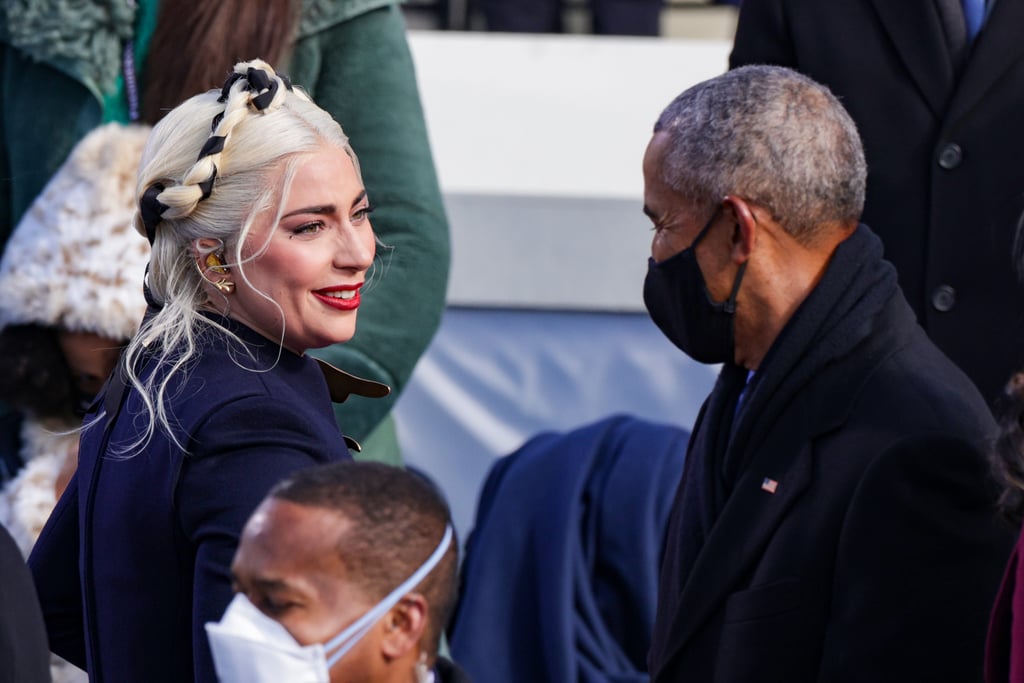 What Did Lady Gaga and Obama Casually Chat About at the Inauguration? An Investigation

Lady Gaga and Barack Obama put their friendship on full display at the presidential inauguration on Wednesday, and it was the cherry on top for an already victorious day. Shortly after Gaga belted out the national anthem in front of the crowd gathered at the Capitol, she crossed paths with the former president, and they quickly caught up like old pals. NBD, just two legends being legends together.

While fervently talking each other's ears off, Gaga affectionately gripped Barack's wrist, he placed his arm on her shoulder like a true dad, and they finally embraced in a comforting hug heard 'round the world. (Jealous!) Their close relationship should hardly come as a surprise — after all, Gaga has been an avid supporter of Joe Biden through the years, working closely with him to spread the word about preventing sexual assault during the Obama administration and even joining Joe on the campaign trail leading up to the 2020 presidential election.

Gaga and Barack's sweet Inauguration Day interaction left many viewers with one big question: what on earth were those two talking about? Since the two stars unfortunately weren't mic'ed up, we can't tell you for sure, but we can share our theories on the comments and questions they may have exchanged during the brief yet oh-so-sweet encounter. See how their conversation might have played out ahead.