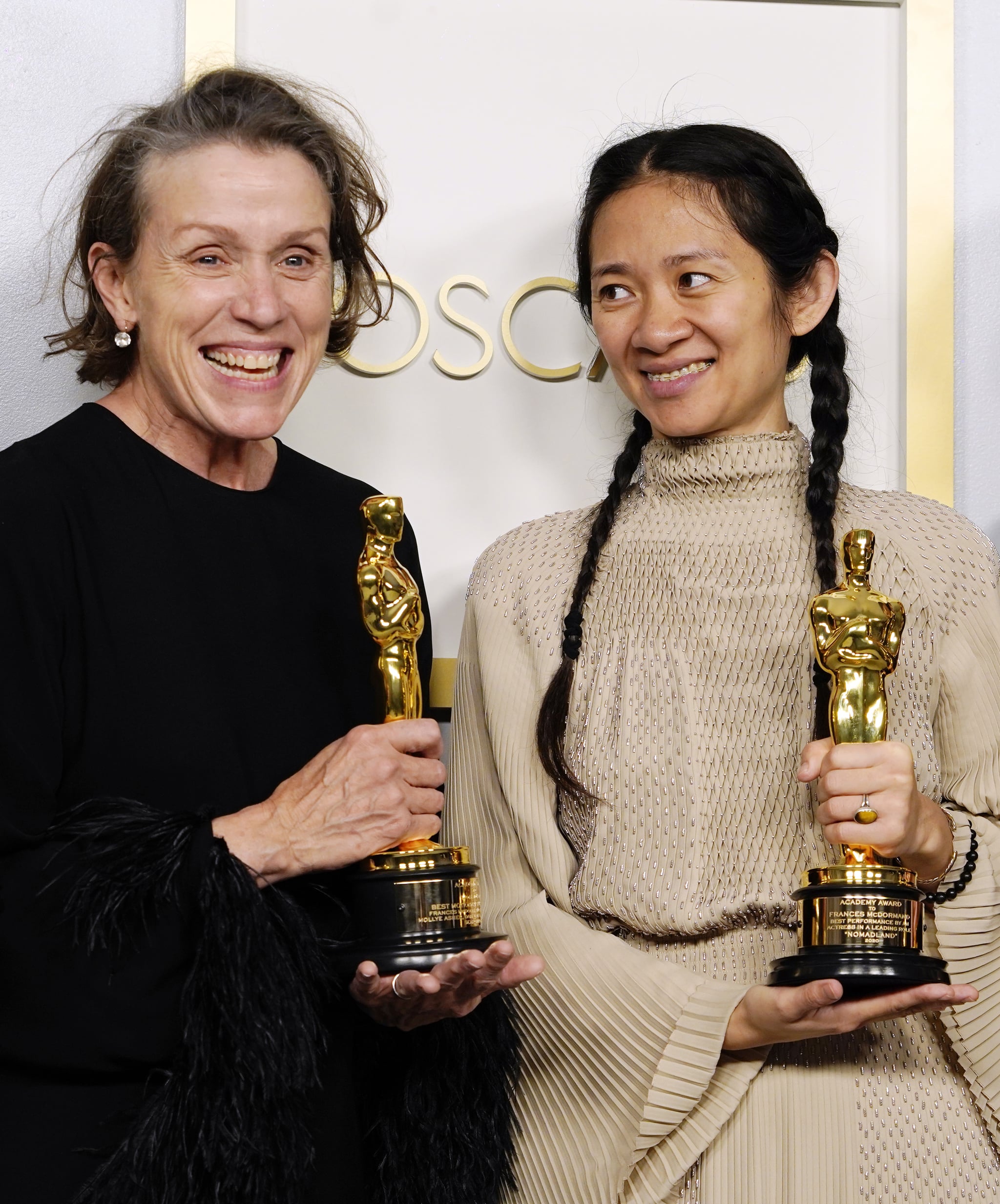 Wonder why Frances McDormand howled like a wolf at the Oscars on Sunday night? You're not alone. After Nomadland took home the award show's top prize for best picture, director Chloé Zhao explained the animal call's significance to journalists in the press room.

"The howling is for our production sound mixer [Michael Wolf Snyder] who you saw in the memorial," Chloé told reporters. "We unfortunately lost him recently . . . He's part of the family." Frances's howl to the moon was a sign of remembrance for the late audio engineer.

Despite making history on her own at the show, Chloé said her "happiest moment" of the night was seeing Frances win best actress for her role as Fern. "Lots of people might not know what she had done out there as a producer, as an actress, and how open and vulnerable she has been." Chloé emphasised how much Frances helped her make Nomadland and how much help she gave to the real-life nomads to "feel comfortable" on set. "She really is Nomadland."