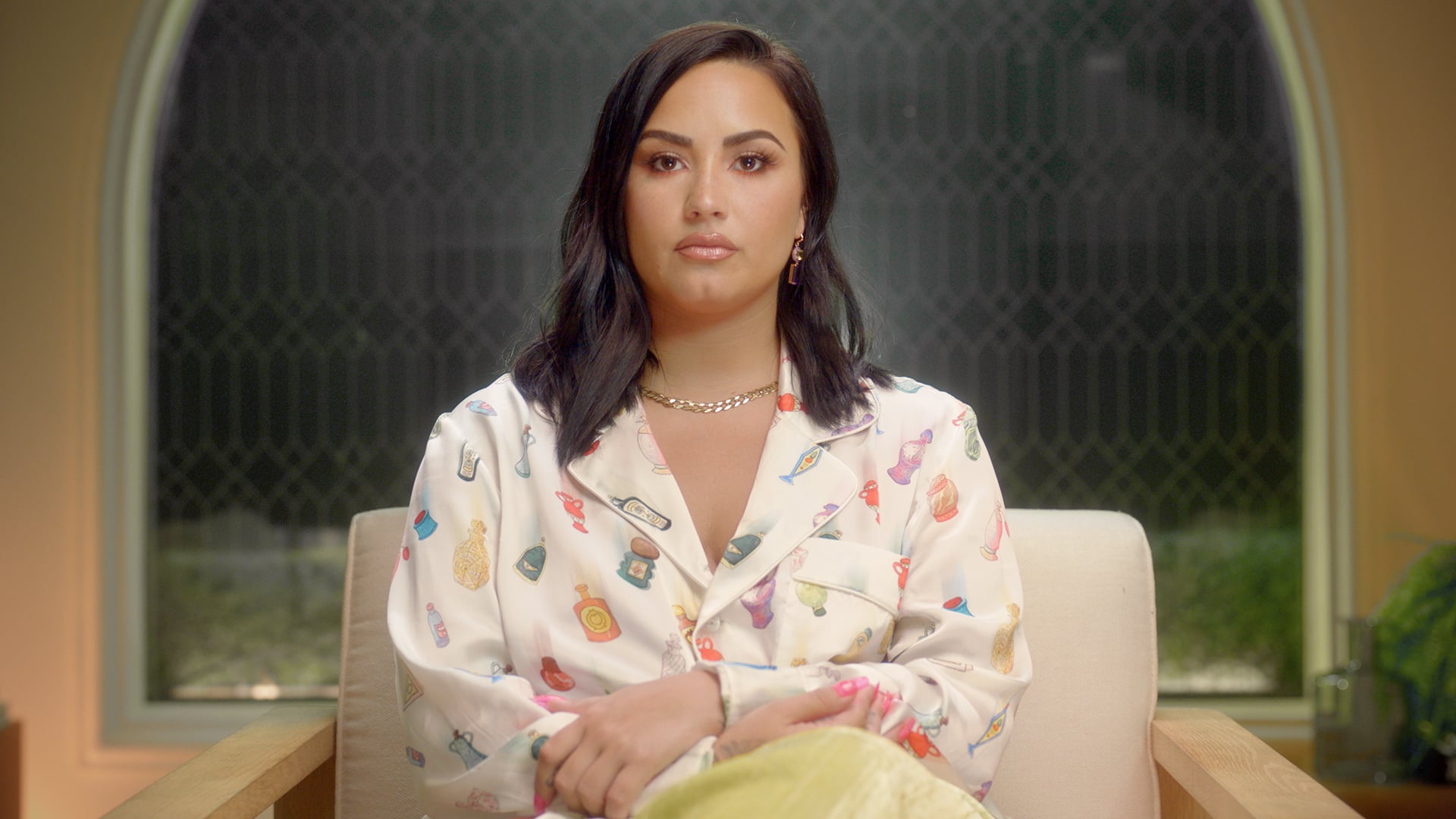 Demi Lovato has never been afraid to speak her truth, and in her YouTube docuseries Dancing With the Devil, the singer does so with candor and vulnerability. The four-part documentary series features the unreleased documentary footage that was shelved after Demi's near-fatal overdose in 2018, and explores the singer's decision to begin drinking, how it began the slippery slope into her overdose, and the tumultuous journey she's been through in the aftermath. The "Dancing With the Devil" singer takes viewers through the two years after and breaks down the history of her battle with addiction, depression, and experiences with sexual violence that have led her to the life she's made for herself today.

One of the biggest revelations of the documentary comes in the final episode, where it's revealed that the singer is exploring moderation over sobriety. As Demi explains, she uses substances like marijuana and alcohol in supervised moderation rather than staying strictly sober. The documentary cautions that the fourth episode "may not be right for everyone," as she tells viewers that it's the restrictions previously placed on her that made her want to rebel. Demi metaphorizes that her "black and white thinking" translates sobriety as a closed door. Being told she cannot open it makes her want to try even more. "Anytime that you suppress a part of yourself, it's going to overflow," she adds. "I snapped." But, just as she has overcome her eating disorder by finding balance in her food and exercise, Demi hopes to use moderation to find balance with her addiction.

Elton John, who is featured in the series as a character witness for Lovato and a recovering addict himself, frankly tells the camera that moderation "doesn't work" because addicts will always want more. Demi's new manager, Scooter Braun, notes that he does not "truly agree" with the choice to use moderation as recovery, but he also understands that he cannot control the singer. "What I can do is be a friend and hope that she's right," he says.

Demi Lovato: Dancing with the Devil premiered virtually at the SXSW Film Festival on March 16. The first two episodes of the docuseries will premiere on YouTube for free on Tuesday, March 23, with new episodes released weekly over the following two Tuesdays.