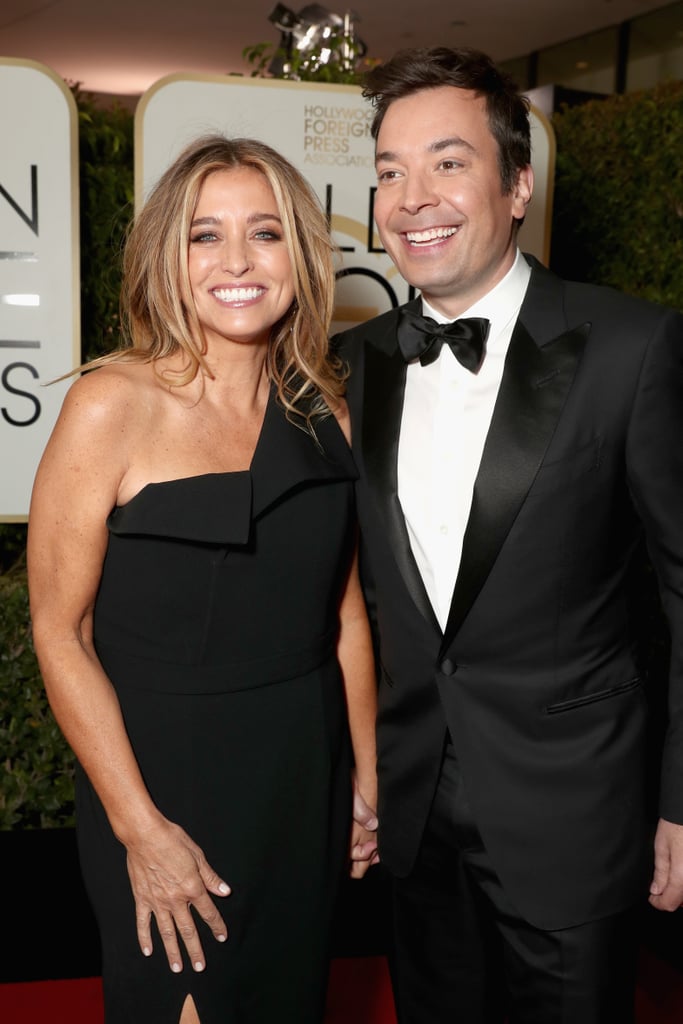 Ever since Jimmy Fallon and Nancy Juvonen wed in 2007, we've gotten glimpses of their marriage over the years through their rare red carpet appearances and adorable chats on The Tonight Show. And we can't help but wonder: how does one get a relationship like that? Well, apparently, you need Drew Barrymore.

Jimmy and Nancy first met while working together on 2005's Fever Pitch. Although Drew and Jimmy played onscreen love interests, a real-life romance between Nancy (who was a producer on the movie) and the talk show host eventually blossomed. The two officially started dating in May 2007 after Drew connected them at a birthday party she threw for Nancy. Three months later, Jimmy proposed to Nancy at her parents' Summer home in New Hampshire.

"I went out to the dock and said [to myself], 'Don't cry. Let her cry first,'" he recalled to People in 2018. "I'm a pretty mushy guy . . . and I just wanted it to be perfect. I got down on one knee and I immediately [started weeping]." They tied the knot in December 2007 and are now parents to 6-year-old daughter Winnie and 5-year-old daughter Frances. So if anyone has Drew's number, let me know. Until then, look ahead to see Jimmy and Nancy's cutest pictures!