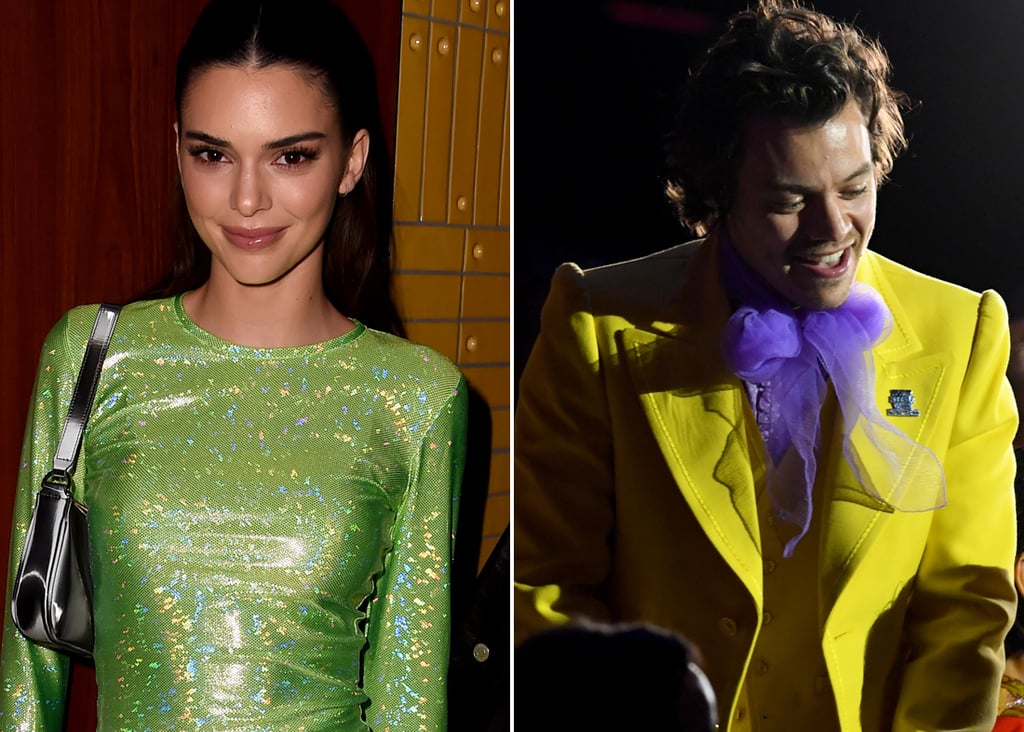 You know what they say, a party isn't a party until you run into an ex! OK, no one says that, but we're going with it for the sake of addressing the fact that Kendall Jenner and Harry Styles reunited at the star-studded Sony BRIT Awards afterparty on Tuesday. They made glitzy appearances as the 24-year-old model rocked a shimmery green jumpsuit and the 26-year-old singer sported a yellow suit with a purple polka dot shirt and a "Treat People With Kindness" brooch, inspired by his latest album, Fine Line.

According to E! News, the two were mingling at the London get-together. Kendall also mixed it up with friends Bella Hadid and Luka Sabbat while Harry, who performed earlier at the show, socialised with Meghan Trainor and radio host Roman Kemp.

For years, fans speculated about the nature of Kendall and Harry's very — ahem — cosy relationship (remember their 2013 New York City outing or those 2015 yacht pictures?). However, it doesn't seem like things between them ever got too serious. They even recently joked about their previous romance on The Late Late Show With James Corden. Harry also mentioned on The Ellen DeGeneres Show that he and Kendall have been "friends for a while now." Whether that means they were always only friends is up for debate. But they're definitely still on good terms, and Kendall has moved on anyway with her boyfriend, NBA star Ben Simmons. Meanwhile, Harry is busy making us fawn over his friendship with Lizzo. Look ahead to see more photos of Kendall and Harry at the soirée!

British Celebrities
Yes, That Was Liam Payne Performing at This Year's BAFTA Film Awards
by Navi Ahluwalia 10 hours ago

Award Season
BAFTA Awards 2021: The Best Celebrity Hair and Makeup Looks of the Night
by Sophia Panych 13 hours ago