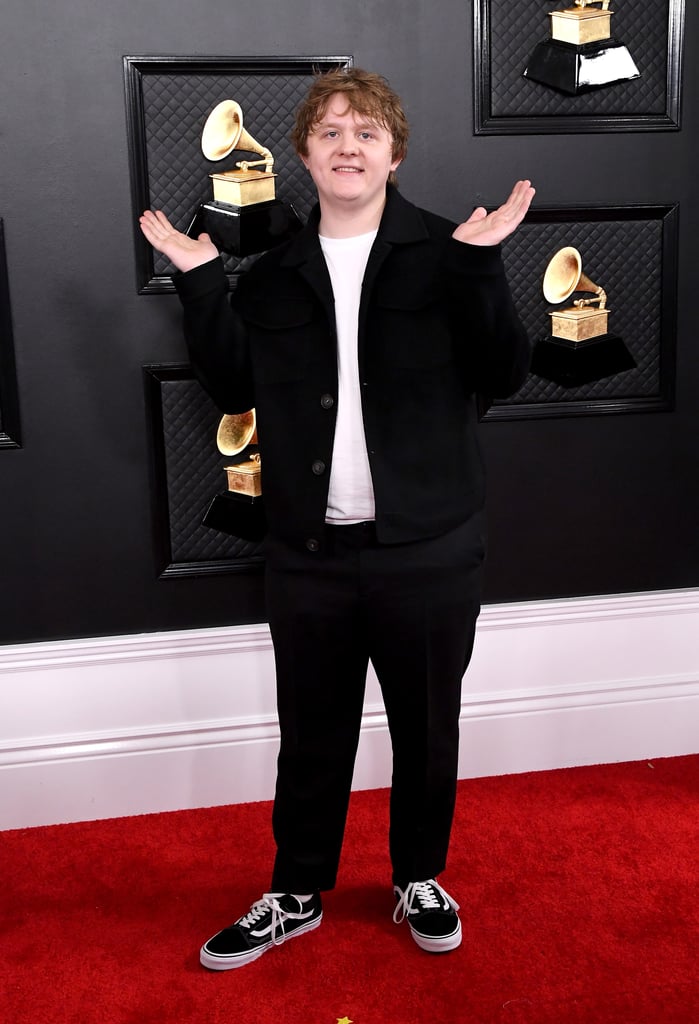 Just when we thought Lewis Capaldi had the best night ever walking the red carpet at the Grammy Awards on Sunday, videos have surfaced of the Scottish-born singer celebrating the night with Camila Cabello and Shawn Mendes. And when Lewis's song "Someone You Loved" comes on, the adorable couple not only sings along, but helps cheer him on through his shyness.

Alongside his professional music career and love of karaoke (to his own songs), Lewis can add professional third wheeler to his impressive CV. Just kidding, he only third wheeled until his hype man and best friend Niall Horan showed up to defend his title as ultimate cheerleader for the Grammys nominee. They then danced and sang the night away, and also kissed, because of course they did.

The group — who were filmed by Lovelytheband singer Mitchy Collins — were having a blast, standing on the table of a club singing to "Steal My Girl" by One Direction followed by Lewis's hit single "Someone You Loved", where, to be honest, he looked like he felt more than a little awkward from all the attention. Ahead, watch all the videos to see where the Grammys party was really at.