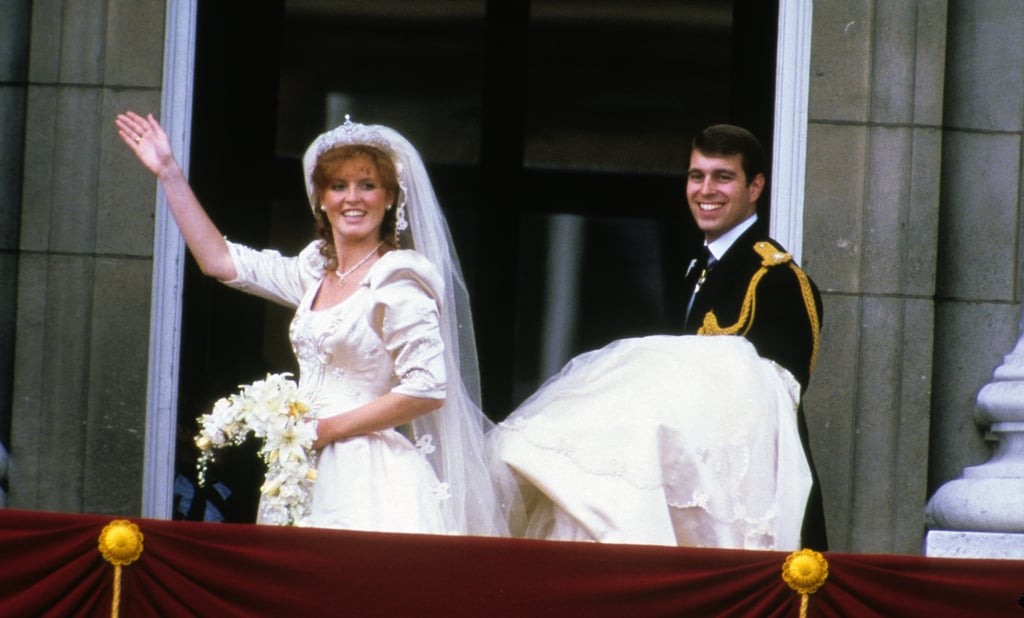 Prince Andrew, the Queen's second son, wed Sarah Ferguson, who he had known since childhood. They were married at Westminster Abbey on July 23, 1986, almost five years to the day of Prince Charles and Princess Diana's wedding. At the time of his marriage, Andrew was fourth in line for the throne, and Sarah earned the title Duchess of York.

Staying Home
I Have to Store My Wedding Dress For a Year, So I’m Using These Expert Tips to Keep It Safe
by Alessia Santoro 5 days ago

Wedding
If You've Postponed Your Wedding, Here's Why You Should Consider an Epic Elopement
by Emmy Gaines 1 week ago