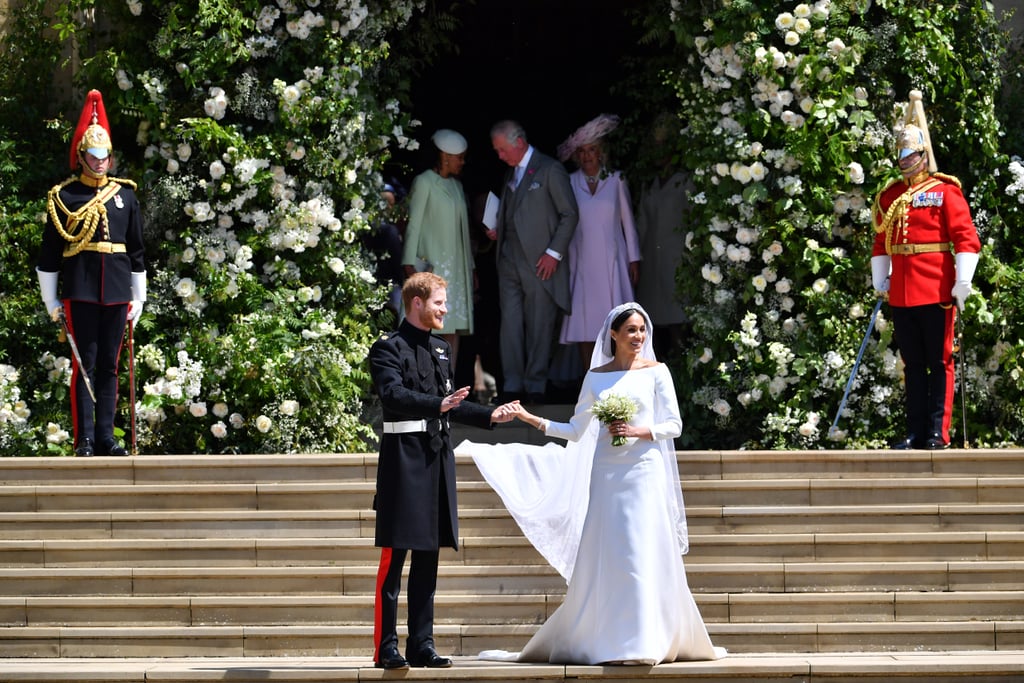 Prince Harry and Meghan were married at St. George's Chapel in Windsor on May 19. The stunning affair was attended by celebrities like Serena Williams and Elton John, as well as numerous members of the royal family including Kate, who had given birth to Prince Louis just weeks earlier, and Prince George and Princess Charlotte, who were included in the wedding party.

Meghan's mother, Doria Ragland, was also there to celebrate her daughter, and Prince Charles, who walked Meghan down the aisle, made sure to include her as part of the royal family. The whole day was sprinkled with fresh details that respectfully broke from tradition, proving Harry and Meghan would be doing things their own way as a royal couple.