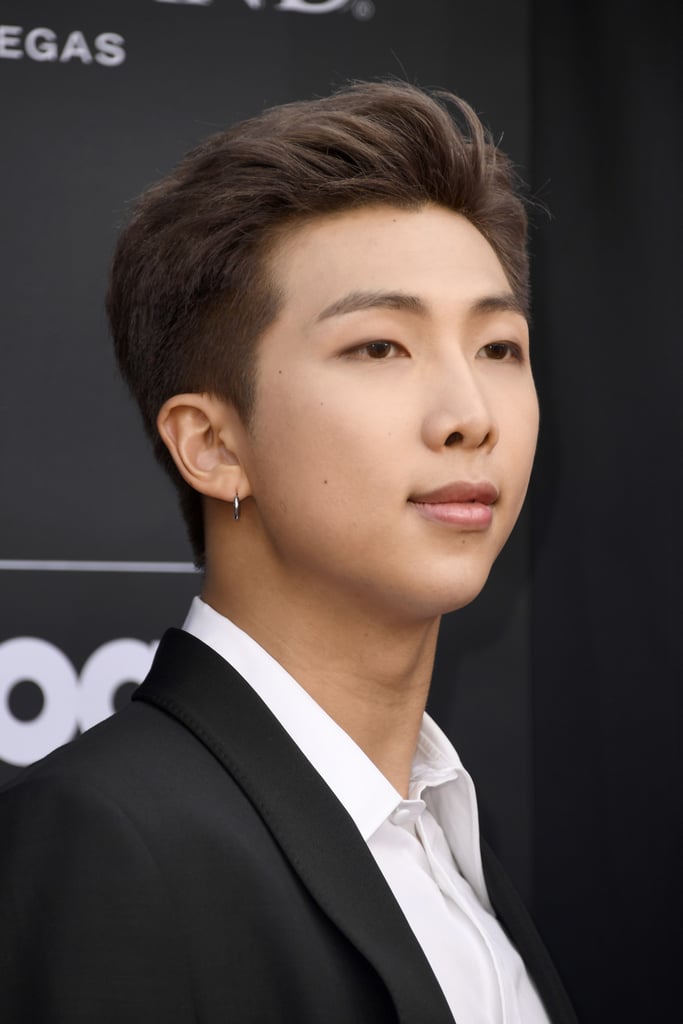 Despite being the leader of BTS (or, perhaps, because he's the leader of the group), RM (born Kim Namjoon) has never been publicly linked to anyone romantically. However, during a September 2017 interview with Billboard, RM spoke about the outro on BTS' Love Yourself album, and his cryptic response led fans to believe that RM has (or had at the time) a secret lover for whom he wrote the verse.

As he told Billboard, "I thought it was the right outro for this album because it is really a range of emotions — I'm saying I met this person that I really love, this person is the love of my life right now." And though that person could be purely hypothetical, he did say that the verse came "from the bottom of my heart."

Jonathan Owens
Simone Biles's Boyfriend, Jonathan Owens, Is "So Proud" of Her Olympic Run, and We Are, Too
by Grayson Gilcrease 18 hours ago