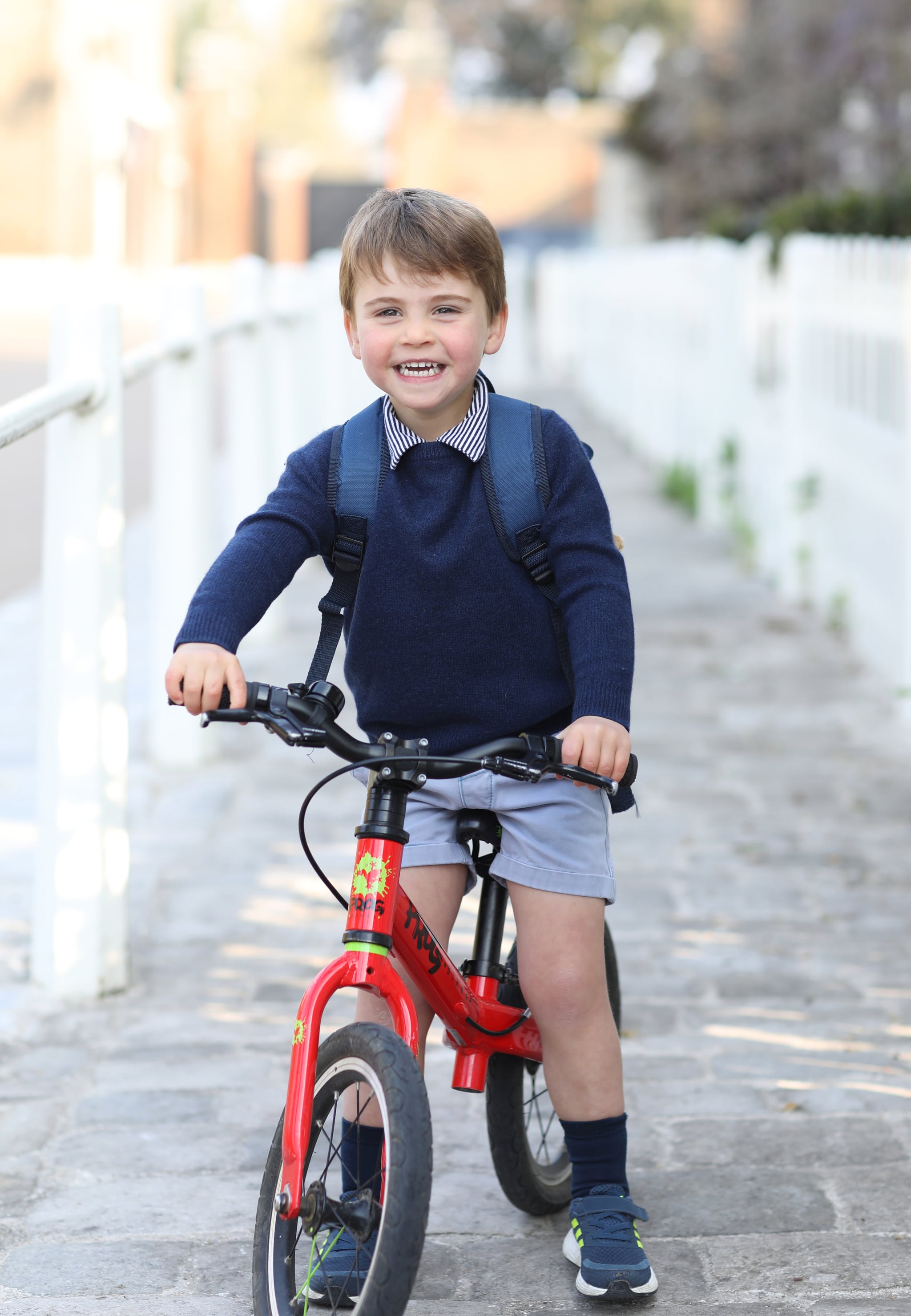 Happy birthday, Prince Louis! Prince William and Kate Middleton's youngest child is turning 3 years old on April 23, and ahead of the big day, the palace released a new portrait in his honour. In the photo, which was taken by Kate on Louis's first day of preschool, the royal is shown flashing a big smile while posing on top of his red bike. Louis is currently attending Willcocks Nursery School in London, which is the same school his sister, Princess Charlotte, attended.

Louis's birthday comes just days after the royal family paid their respects to Prince Philip with an intimate funeral at Windsor Castle this past Saturday. Queen Elizabeth II, Prince Charles, and Prince Harry were all in attendance, as well as Louis's parents. The royal family has also been honouring Philip with never-before-seen photos, one of which included a newborn Louis with some of his cousins.