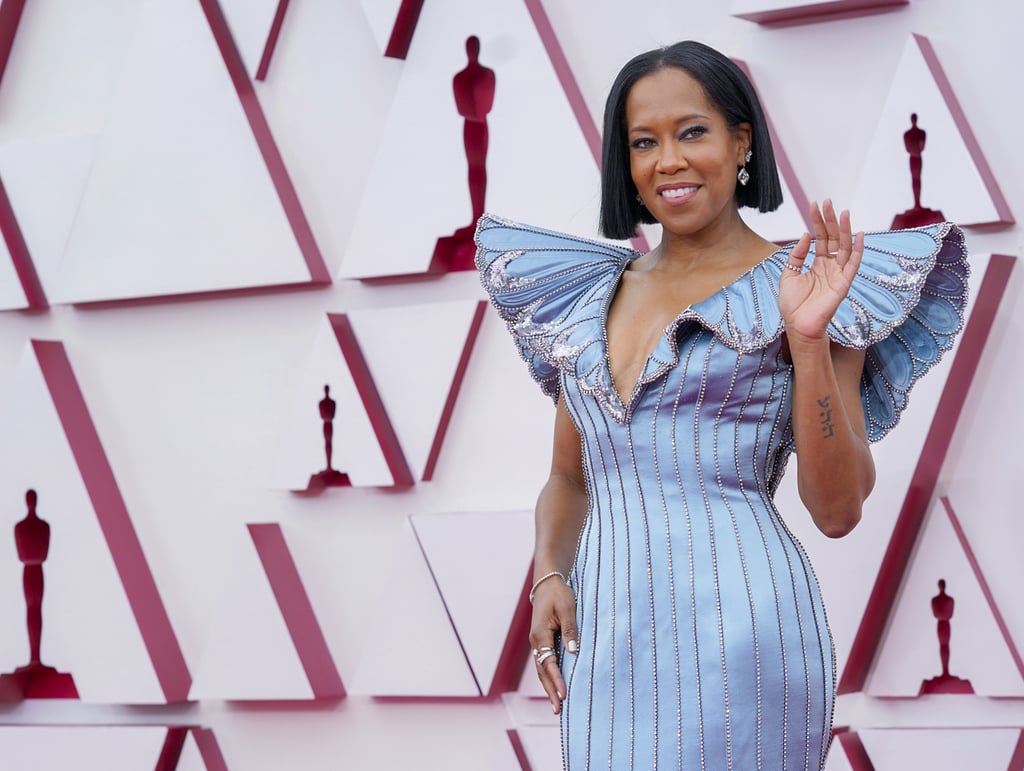 Regina King strutting into the 2021 Oscars is already my favourite film of the year. The actress and director kicked off the award show by following the red carpet into a LA's Union Station — trophy in hand — before taking her place at the podium to deliver a succinct yet effective monologue leading into the first few categories of the evening.

Despite it being a turbulent time for the film industry, the Oscars ironically felt more cinematic this year. Steven Soderbergh coproduced the ceremony, so if it sometimes felt like you might uncover a heist, or Brad Pitt eating a shrimp cocktail, that's why. The opening featured colourful credits introducing various presenters, and the camerawork felt like a fresh break from tradition. Why have an inevitably unfortunate musical number when you can have Regina King invent walking?

In the absence of an official host, Regina sure felt like a suitable option. She was relaxed yet enthusiastic, composed but candid, and surprisingly at ease for someone whose directorial debut was up for three awards. It was also really great to hear her read the entire 18-word title of Borat Subsequent Moviefilm.

Regina also touched on important subject matters in her opening. "I have to be honest: if things had gone differently this past week in Minneapolis, I might have traded in my heels for marching boots," she said, referring to Derek Chauvin's guilty verdict in the murder of George Floyd. Regina added, "I know that a lot of you people at home want to reach for your remote when you feel like Hollywood is preaching to you, but as a mother of a Black son, I know the fear that so many live with, and no amount of fame or fortune changes that."

Watch the refreshing opening and impactful monologue ahead.