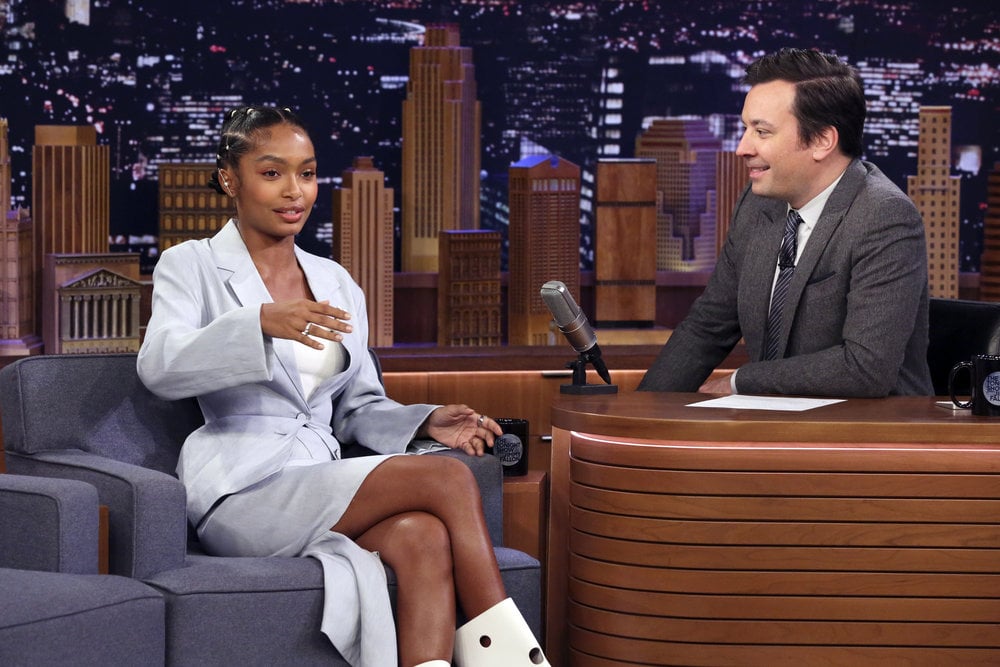 Yara Shahidi's Mom Played a Prank on Her That Rattles Her to This Day: "It Was Terrifying"

Yara Shahidi and her mom, Keri, have a pretty tight-knit bond. But that doesn't mean they don't playfully mess with each other, as Yara revealed on Tuesday's episode of The Tonight Show Starring Jimmy Fallon. The 19-year-old actress stopped by the show to dish on the upcoming third season of Grown-ish, as well as its three NAACP Image Award nominations for outstanding comedy series, outstanding actress in a comedy series (accredited to Yara), and outstanding supporting actress in a comedy series (a nod to Halle Bailey).

But before jumping into her admirable accomplishments, the young star spoke about her special relationship with her mother — who has made an appearance on The Tonight Show before — and how they often play pranks on each other. According to Yara, one practical joke in particular "stuck with me all my life," and involved her mom hiding under her bed for a significant amount of time. "It was terrifying," Yara added after revealing the prank. "But it's what I aspire to be able to accomplish."

It sounds like playing tricks on each other runs in the family, as Yara also shared a hilarious anecdote about how she fooled 16-year-old brother Sayeed for two years with a single word. "He had no clue," she said, explaining the joke. Watch the video ahead to find out how Keri scared the heck out of Yara and how the Grown-ish star pulled one over on her brother. Then see Yara team up with Tyler Perry for a competitive game of Catchphrase against Jimmy Fallon and The Roots' Tariq Trotter!