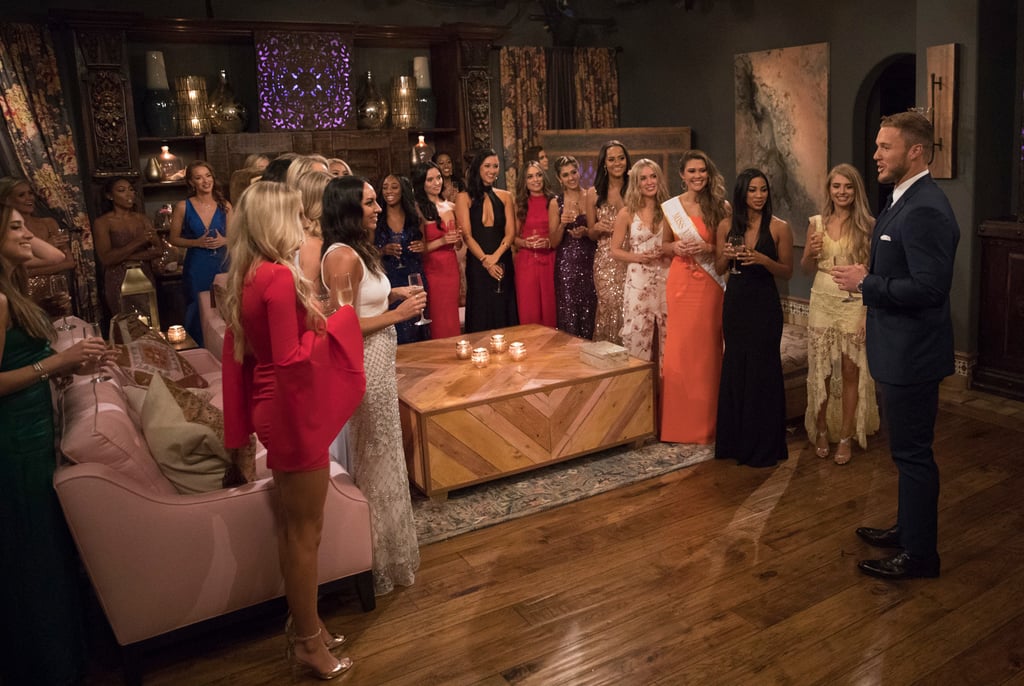 Sloths, Puppies, and V-Cards: The Biggest Moments From Colton's First Episode of The Bachelor

Well, you guys, it's here: Colton Underwood's season of The Bachelor has officially arrived, and yes, the drama is already simmering.

The 23rd season of the dating reality show premiered on Monday night, bringing with it plenty of awkward introductions filmed in some of the contestants' hometowns; some, uh, unique entrances out of the limo; an adorable, very poofy puppy; and, of course, the introduction of a villain (who happens to be said puppy's owner, coincidentally). Oh, and did I forget to mention the un-popped cherry in the room? That's right — Colton's virginity comes up quite a bunch in the premiere. To the point where the word "virginity" completely lost all meaning for me by the end of the 3-hour-long episode. (That's right — three hours of people repeatedly joking about taking his v-card! That's what I endured!)

If you're still salty about Colton and Tia breaking up in Bachelor in Paradise and couldn't bring yourself to watch the first step in his journey to find love, or if you just want to get one bit closer to figuring out who Colton will eventually jump over a fence for, have no fear — I went ahead and broke down the biggest moments of the premiere just for you.