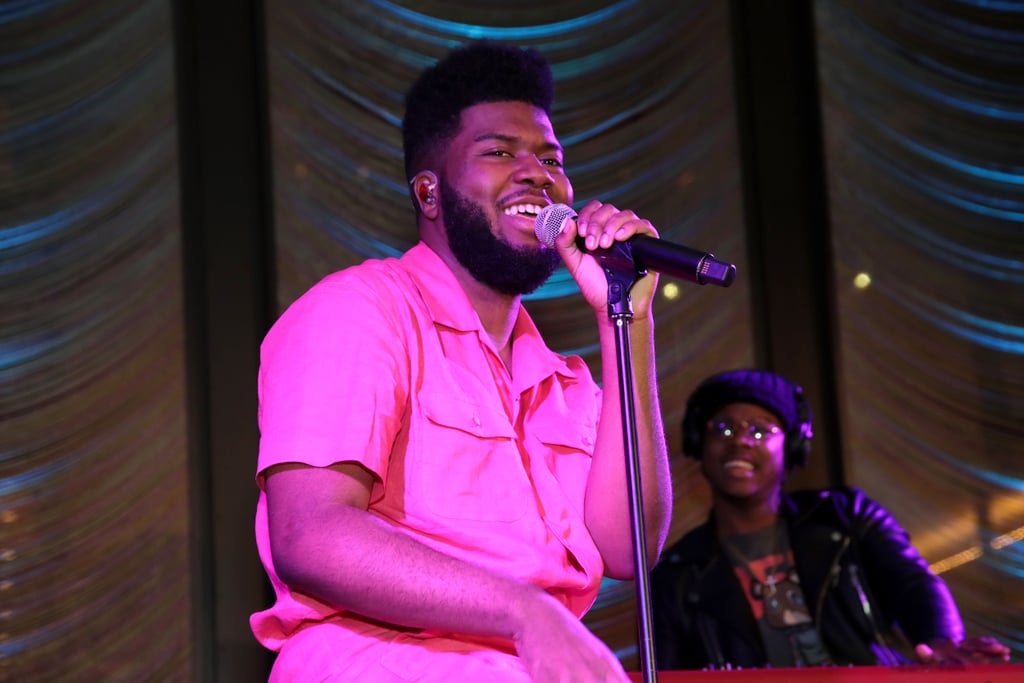 The new generation of up-and-coming music artists is full of notable young talents, and one at the forefront is 21-year-old contemporary R&B singer Khalid. After the release of his 2017 debut studio album American Teen, Khalid's sweet and wistful vocals began taking over the airwaves and streaming services. Since then, it feels as if the El Paso, TX, crooner has been catapulted into the spotlight, and he keeps delivering top-notch jams.

In 2018, he won a Billboard Music Award for top new artist, an American Music Award for favourite male artist, and two Teen Choice Awards for choice R&B/hip-hop song and breakout star, among other honours. Already this year, he received five Grammy nominations and shows no signs of slowing down as he recently released his follow-up album, Free Spirit — only five months after dropping his EP Sun City — and is set to perform at the Billboard Music Awards for the second year in a row.

As a passionate music enthusiast, I'm usually able to remember when, where, and how I discover a new artist that I end up loving. Unfortunately, that's not the case with Khalid. I just remember hearing "Location" being played everywhere shortly after its release. I vibed with it, but I hadn't really listened to any of his other songs.

Fast forward to about eight months after American Teen dropped, and I suddenly found myself listening to the entire thing over and over again. Why? Well, I won't get into too many details, but I'll say it had something to do with a little thing called catching feelings (*shudders*). Things didn't work out in my favour, and I fell into a funk. So I did what I always do whenever I'm dealing with something: I played music nonstop. One tune led to another, and soon enough I was solely listening to American Teen.

That album helped me get through a pretty rough time (and multiple crying sessions). It was truly astonishing how it felt like he understood everything I was going through. If I didn't know any better, I'd think "Another Sad Love Song" and "Saved" were somehow written just for me. Before I knew it, I had healed, and his song "Angels" — which has a message of hope — became my go-to jam as I was finally brought out of my despondency.

Not only is that the power of music, but it's the power of an artist who is able to connect with listeners. No doubt, that's a skill set Khalid seems to naturally have. Ahead, check out some of his best songs to date!