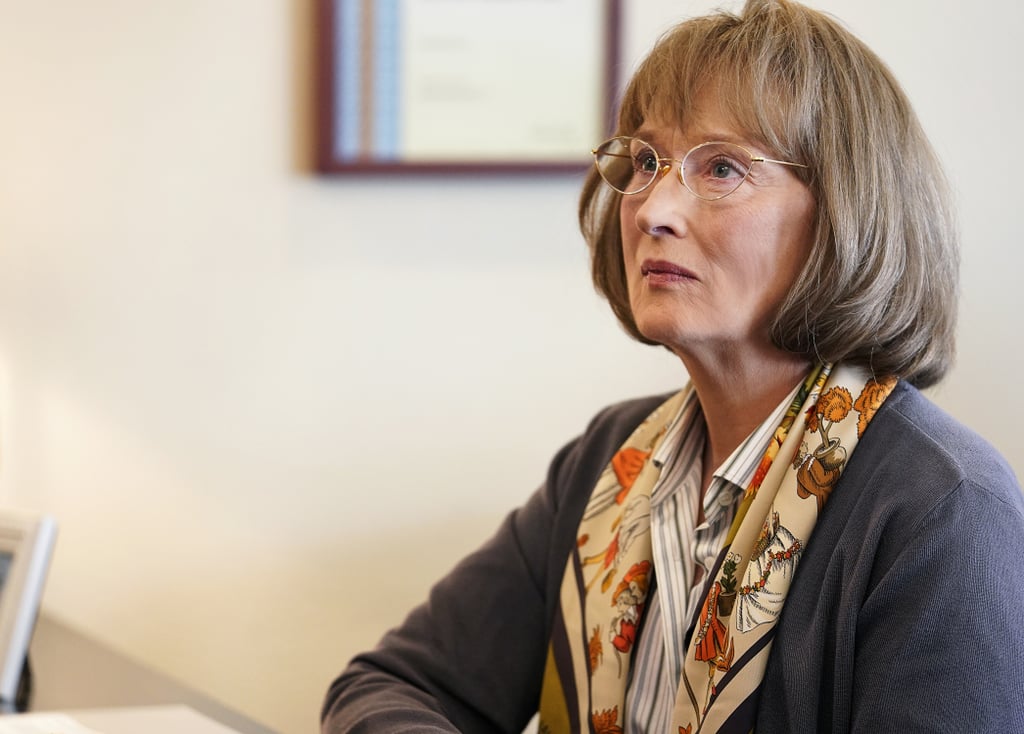 Meryl Streep's Big Little Lies Character Is Savage AF, and Fans Are Basking in the Shade

In case you happened to forget that Meryl Streep is, in fact, a queen, her performance in season two of Big Little Lies serves as the perfect reminder. The 69-year-old actress joined the HBO show's cast for the second season, playing the role of Perry Wright's grief-stricken, passive-aggressive mother, Mary Louise. (Fun fact: that's actually Meryl's real-life given name.)

During the June 9 season premiere, Mary Louise kicked things off on a savage note, throwing more shade than a beach umbrella at Madeline Martha Mackenzie (Reese Witherspoon) before delivering a guttural dinner table scream to express her anguish over Perry's death. It's clear her character is going to ruffle some feathers in Monterrey while seeking justice for her late son, all while delivering some fierce burns.

As soon as Meryl appeared on screen to deliver her first lines — fake teeth and all — Big Little Lies viewers instantly began applauding how she nailed Mary Louise's unhinged, venomous character flawlessly. Ahead, see what fans said about Meryl's Emmy-worthy performance during the BLL season two premiere, and get ready for even more savage one-liners from Mary "Queen of Shade" Louise.