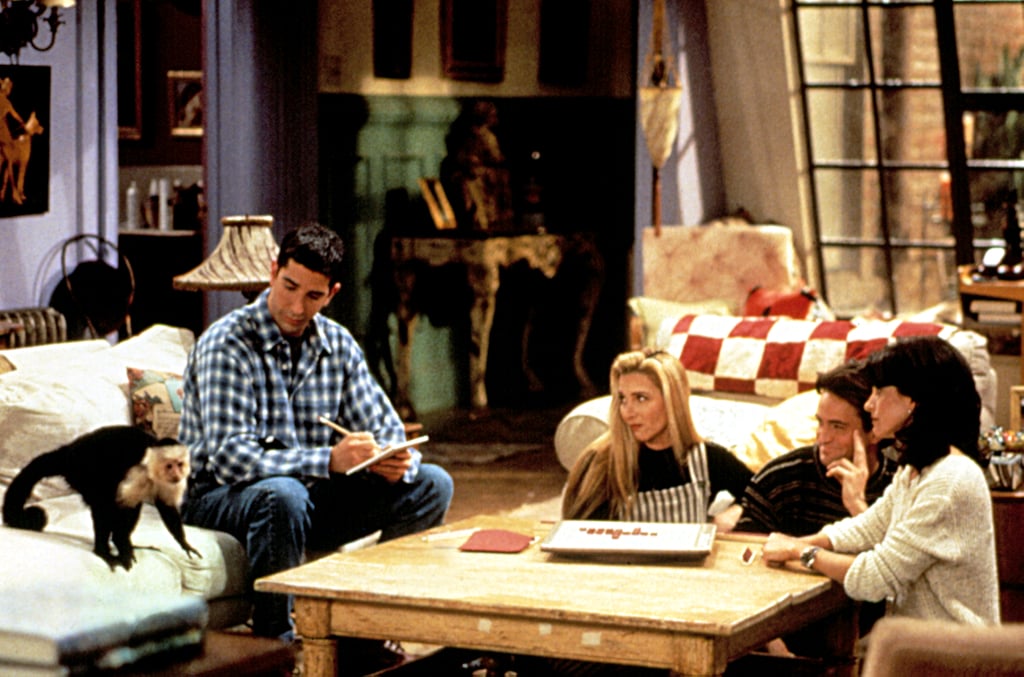 Friends' Marcel the Monkey Might Be in a New Show, and Fans Are Proud: "We Stan a Legend"

Remember Marcel, the monkey who starred alongside David Schwimmer on Friends? Well, first of all, her real name is Katie; and second of all, she might be making her onscreen return! According to The Hollywood Reporter, Katie could be on FX's upcoming series Y: The Last Man. The show — an adaptation of Brian K. Vaughan's graphic novel — will centre on Yorick Brown (Barry Keoghan) and his capuchin monkey, Ampersand (Katie), who are the last surviving male mammals. The two will embark on a mission to find out what caused the population wipeout. However, even though Katie has already filmed the pilot, the change in showrunners might mean she'll be replaced when the show premieres in 2020.

FX's CEO, John Landgraf, recognised Katie while reviewing unedited footage of the series. It shouldn't come as a surprise that he knew who Katie was, considering he was NBC's Vice President of Primetime from 1994 to 1999 and supervised the development of Friends during that time. "I recognise Jennifer Aniston, I recognise Courteney Cox, and I recognise that monkey!" he said at the FX party during the Television Critics Association Summer press tour. "There's nothing like a really experienced actor who knows how to hit their marks!"

During her stint on Friends, Katie portrayed the primate pal of Ross Geller (Schwimmer), making appearances throughout season one. Their special friendship became a fan-favourite, so whether or not Katie ends up in the final cut of Y: The Last Man, we hope someone still writes her check. Read some of the best reactions to her possible appearance in the upcoming series!