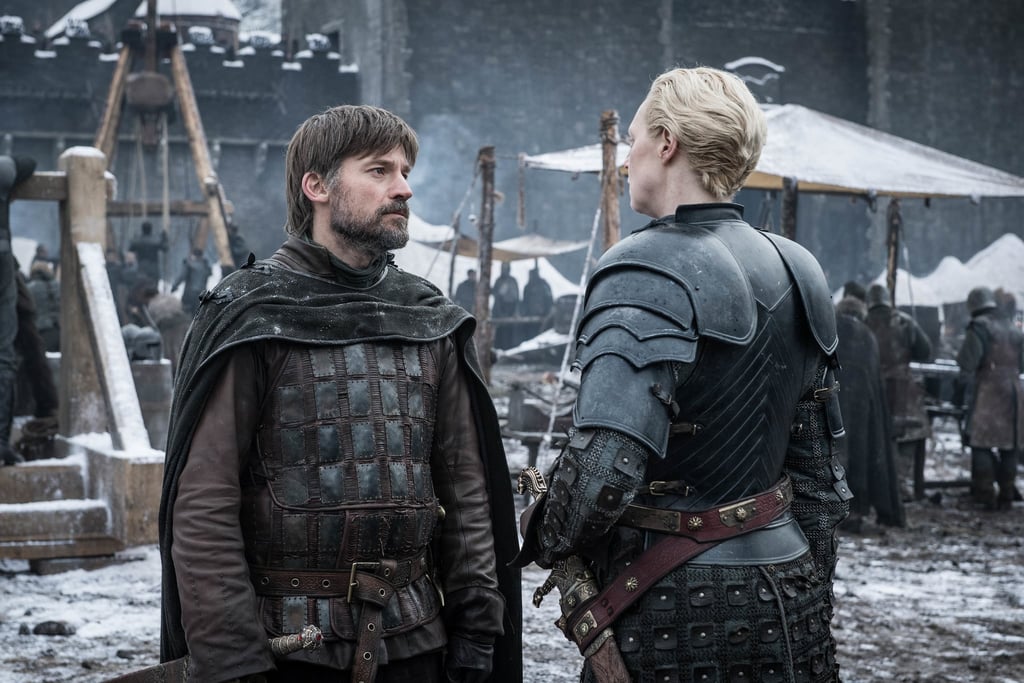 Aw! This Game of Thrones Song Choice Confirmed What Could Have Been For Jaime and Brienne

Almost exactly one month after the Game of Thrones series finale, the show's composer Ramin Djawadi confirmed that hardcore Brienne and Jaime shippers might have been closer than they thought to seeing the couple have a happy ending together. In fact, Djawadi revealed that he included a very special "wedding" tune in the soundtrack of the finale as a tribute to what could have been between the two knights, according to an Insider interview.

At the end of the season finale, we see Brienne recording Jaime Lannister's life accomplishments in the Book of Brothers to honour her ex-lover's place in Westeros's history. Considering the pair's complicated history — which includes everything from fighting alongside one another on the battlefield to getting it on in Winterfell — Brienne being the one to record Jaime's stories in the book makes the scene highly significant in terms of their relationship and what could have been. What makes it even more special? The heartbreakingly romantic wedding music playing in the background.

Jaime and Brienne's "wedding" song, aka "The White Book," uses the same intro as "I Am Hers, She Is Mine," an original composition for the show. The tune might seem familiar to longtime Game of Thrones fans since it also appears on the season two soundtrack during Robb Stark and Talisa Maegyr's secret wedding ceremony. "It's just a hint of what their relationship — if they had stayed together, if he was still alive — what it could have been, what they could have become," Djawadi said. "That's why I put that in there."

Related:
Well, THAT Was a Hell of a Jaime and Cersei Lannister Moment on Game of Thrones

While it's highly unlikely that the pair will ever end up together — since Jaime, ya know, was crushed to death by a crumbling building — it's nice to know that there was always a possibility that he might have chosen Brienne over Cersei. As heartbroken as we still are that the pair didn't have a happily ever after, at least we can take solace in the fact that some of our favourite Game of Thrones characters did make it through the end. If you're still stuck on what might have been for the Kingslayer and Ser Brienne of Tarth, though, scroll ahead to compare the show's two wedding songs for yourself.

Netflix
Halston: Take a Glimpse at the Real Luxe Pictures From the Battle of Versailles in 1973
by Stacey Nguyen 22 hours ago