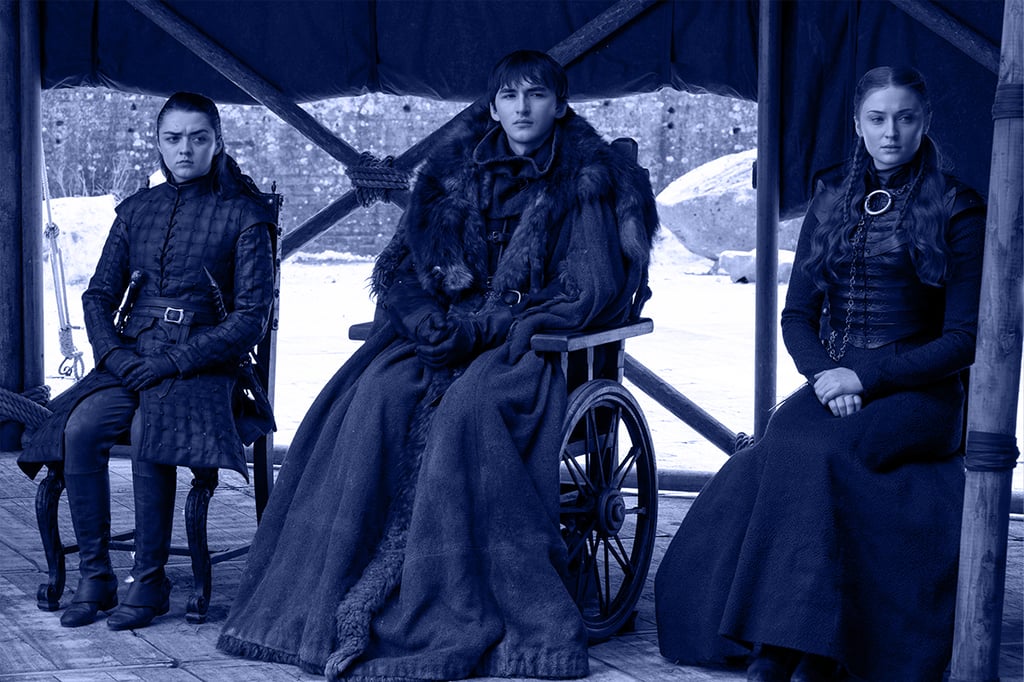 Welcome to the final Game of Thrones: MVP of the Week, a weekly feature in which we crowned the character who stood out most during each episode of season eight. The MVP may have had the most kills, given the best monologue, or died the most heroic death. (Hey, we're just covering all our bases!)

Who knew we'd be here, Game of Thrones fans? Well, lots of people predicted several different theories that made it into the show's series finale (myself included), but damn if we knew it would end like this! There are so many loose ends that fans were hoping to be tied up by the end of it all, but in a season as uneven as season eight has been, we were never going to get an ending that feels completely right. Or coherent, even, to be honest. But there's one part of the finale that I don't mind acknowledging, even if it leaves us all with more questions than answers: the fate of House Stark.

From the very beginning of the series, it's felt like House Stark gets the short end of the stick. Their patriarch dies after being falsely labelled a traitor, then their matriarch and king die after being betrayed by their "allies," with their bodies desecrated in the foulest of ways. The remaining trueborn children are scattered all over Westeros and beyond, losing hope of seeing one another ever again. Oh, and their cousin winds up on the Wall seeing the wildest sh*t and low-key just trying to get everyone to stop making him responsible for things.

But in the end, House Stark comes back swinging! Oh, Ramsay Bolton still thinks he's one of the big boys? Cut him down, feed him to his dogs. The Night King is coming through, marking innocent people and trying to end the world with a Long Night? Hold Arya's beer while she handles that. Need some new rulers to handle the bag since y'all let a "liberator" get so powerful, she almost couldn't be stopped? Say less, just hand them their crowns. Honestly, Game of Thrones ends up being about House Stark's glow-up after adversity, and, since nothing else about this season makes sense, I'm going to take that and run with it. Keep reading and get ready to toast those kooky Northerners who come through winning in the end.

Related:
Varys Takes the Crown For Game of Thrones' MVP of the Week, but It's a Bittersweet Victory
Previous Next Start Slideshow
Game Of ThronesTV