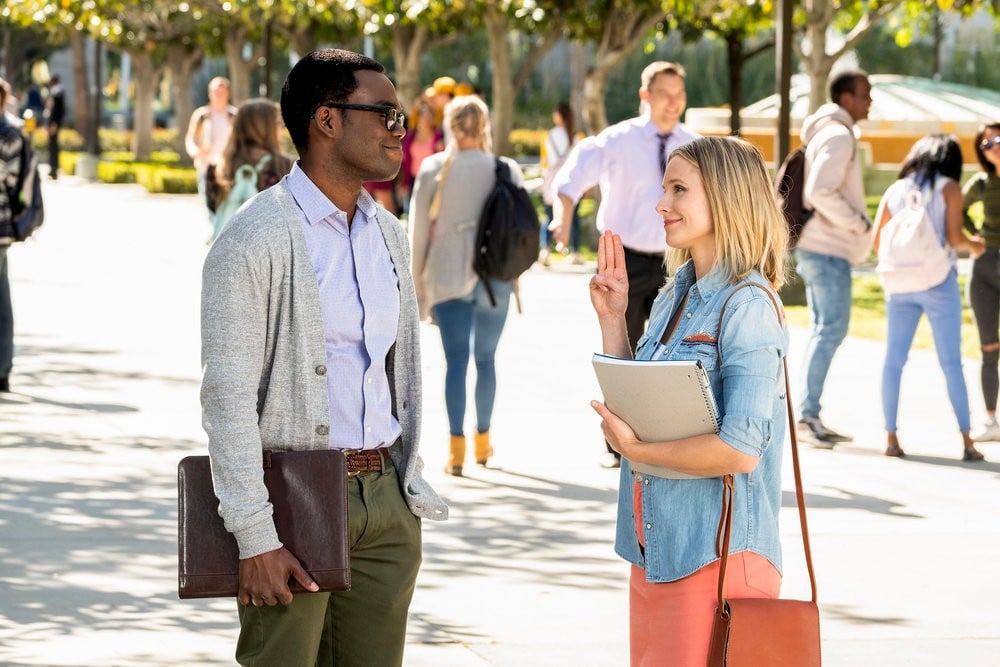 Get Ready, "Benches" — Here's a First Look at The Good Place Season 3!

The Good Place returns to Netflix on Sept. 28, and we've never been more excited to learn philosophy (sorry Aristotle).

NBC's afterlife comedy comes back with a third season that takes place after our favourite "benches" have been sent back to Earth in a new timeline where they never died. While we've already seen how life changes for Eleanor (Kristen Bell) after Michael prevents her from dying, we haven't seen what's happened with the rest of our crew. Since Eleanor and Chidi (William Jackson Harper) end up meeting in the season two finale, we'll probably start off by learning how his brush with death changed him. According to The Good Place creator, Mike Shur, there are some exciting developments with Tahani (Jameela Jamil) and Jason (Manny Jacinto) that we have to look forward to, like Jason's dancing career. Yes, his dancing career.

Thankfully, NBC was kind enough to share a first look at the upcoming season! So grab a frozen yoghurt and check out these what the gang will be getting up to. If you need a refresher to prepare you for season three, check out this recap of season two or stream it on Netflix.

Related:
Apparently The Good Place and Parks and Rec Take Place in the Same Universe — What the Fork?
Previous Next Start Slideshow
The Good PlaceFall TVTV