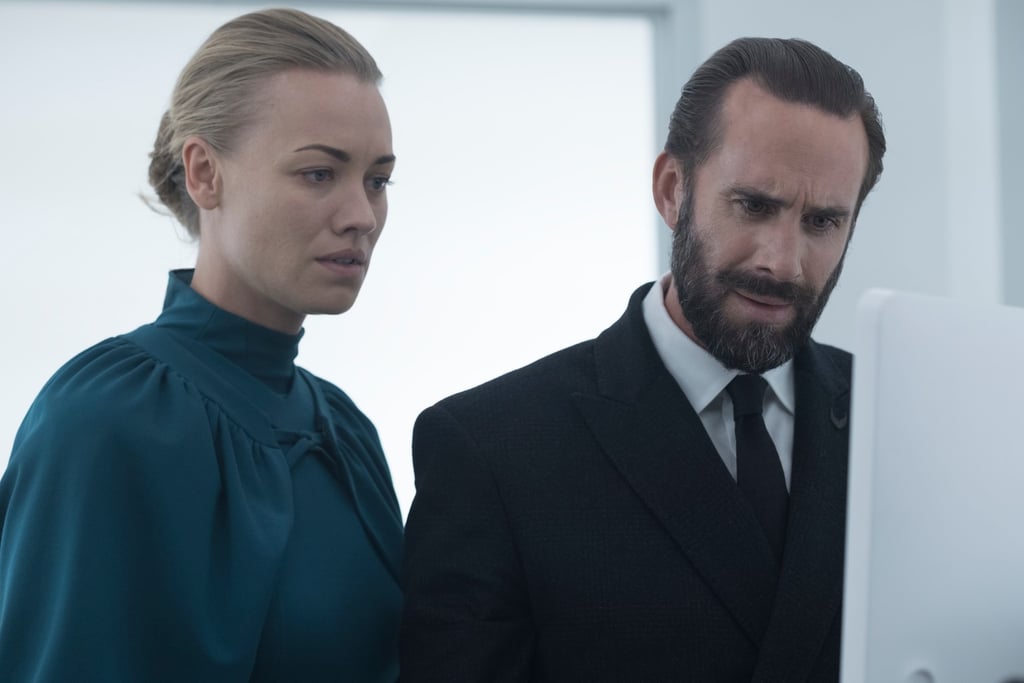 The highly anticipated return of The Handmaid's Tale is a brutal episode filled with shocking revelations, and as always, it's impeccably acted. Not even immersing ourselves in heaps of details about season two, all the alarming photos (especially one of June covered in blood), and a very grim trailer could have prepared us. This time around, we venture into new territory due to the fact the first season has the same ending as the book. We only have an epilogue to guide us now. But before we can really dive in, let's talk about the cast. Who came back from season one? And which fresh faces were added to the flock? It's time for a good old-fashioned roll call.

Previous Next Start Slideshow
The Handmaid's TaleElisabeth MossTV
Around The Web