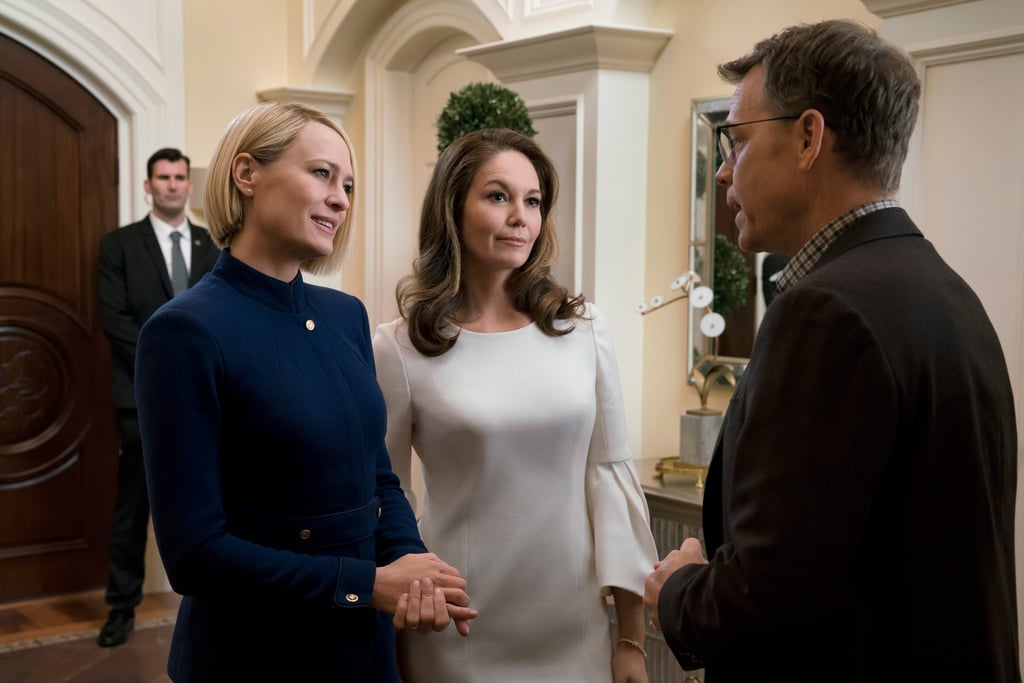 The sixth (and final) season of Netflix's hit political drama House of Cards is a few months away, and we honestly can't wait — it's already shaping up to be one of the most exciting seasons of the entire series! Not only will the new season be focussed on Claire Underwood (Robin Wright) as the US president, but we'll also be meeting a few new characters, who prove that Claire's fight to the top is far from over.

Cast additions Diane Lane and Greg Kinnear star as Annette and Bill Shepherd — a sister and brother who have inherited Shepherd Unlimited. Their family is a powerful force behind the scenes of the American political landscape, and their history with the Underwoods is . . . complicated. American Horror Story's Cody Fern stars as Annette's son, Duncan Shepherd, who represents the next generation of Washington DC power players.

Netflix shared a sneak peek at these new characters, and we've rounded up the photos for you to enjoy. We still don't know much about how these characters will rock the boat, but we have no doubt it'll be interesting. Check out the photos, and get ready for House of Cards season six, premiering Nov. 2.