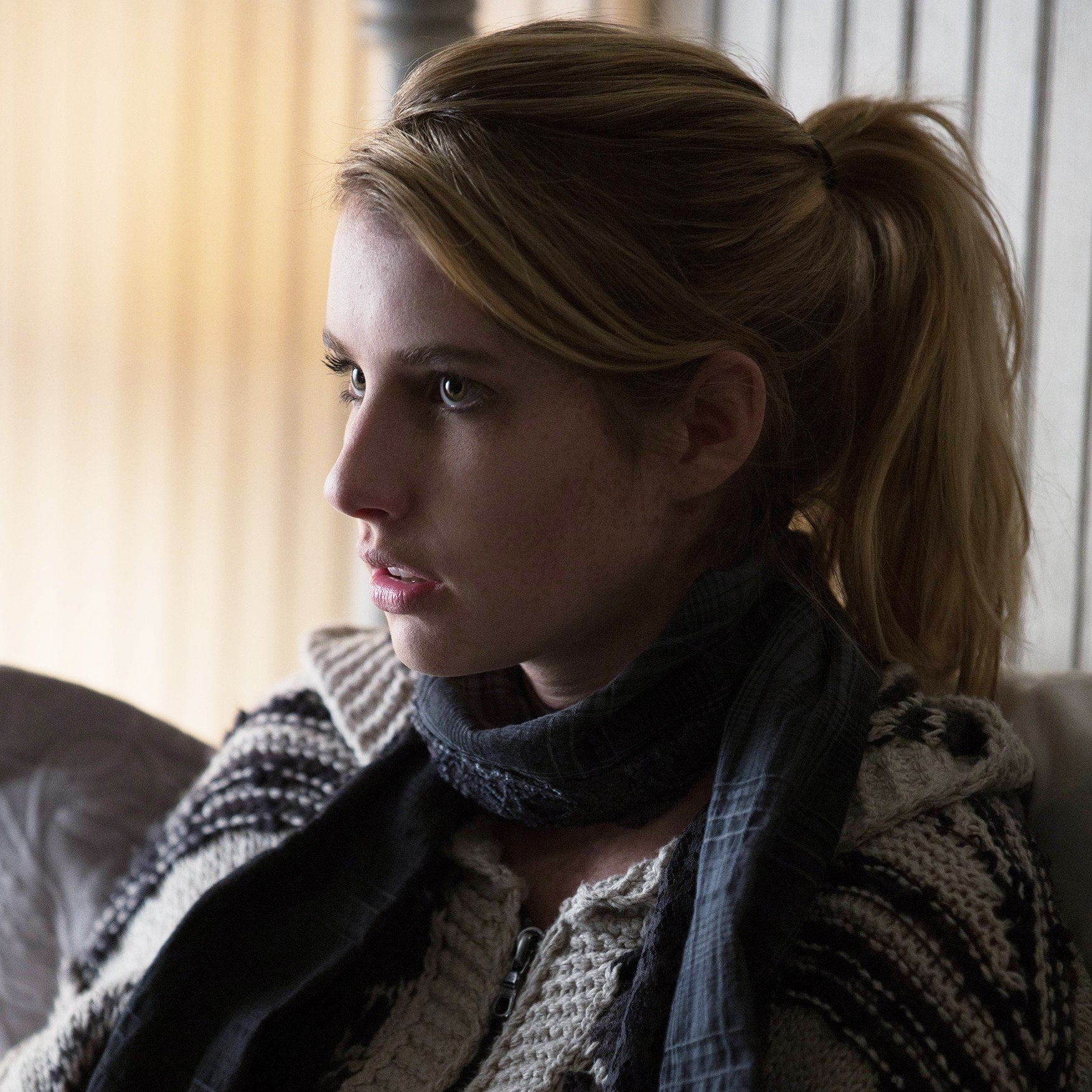 It's that time of year again! American Horror Story hype is officially heating up ahead of season eight. For the past six months, details about the next chapter have been trickling in. Then, in June, creator Ryan Murphy broke the exciting news: season eight will officially be the previously announced Coven / Murder House crossover! Suffice it to say, our heads are spinning with questions: which characters will return, and when is the premiere? Before we could even finish speculating, we got another piece of exciting news: it seems Emma Roberts will reprise her iconic role as Madison Montgomery.

When we last se Madison in Coven, she's being strangled to death by Kyle. Kyle is upset that she let Zoe die, and he has the perfect cover-up since Madison is set to leave town. But we never see him dispose of the body. And listen, this is a witch we're talking about — a witch who has already come back from the dead once. Based on the exciting announcement, it seems Madison has figured out how to cheat death a second time. But that's not even the most exciting aspect of her character, especially in the context of season eight. Madison's return could also confirm a long-suspected season connection that has never been 100 percent proven.

Well-versed AHS fans know exactly where we're going with this. Since Madison's surname is Montgomery, it could mean she's somehow related to the Montgomerys who built the Murder House in the early 20th century: Nora and Charles Montgomery. We know Madison is from Los Angeles and that she has an established career as an actress. We also know that Charles established his own reputation in the entertainment industry as a "surgeon to the stars." He notably gives The Countess an abortion in season five (aka Hotel), and he's also the one responsible for the murder of Elizabeth Short aka the Black Dahlia.

Both Madison and Charles demonstrate necromancy in different ways: Charles is able to sew his son Thaddeus back together and revive him as a horrible monster (the Infantata!), while Madison is able to revive Kyle early on in Coven after that bus accident leaves him in pieces. This could be further proof that they both share some kind of magical bloodline.

The snag, of course, is that Charles and Nora don't have any other children besides Thaddeus, which means it would be hard for Madison to be a direct descendant of the couple. But, hey, we don't hear much about the extended Montgomery family; that means Charles and Nora could be Madison's aunt and uncle, or even her great aunt and uncle.

One thing's for sure: this may be a tenuous connection between seasons one and three, but at this point, it's the only thing we've got.