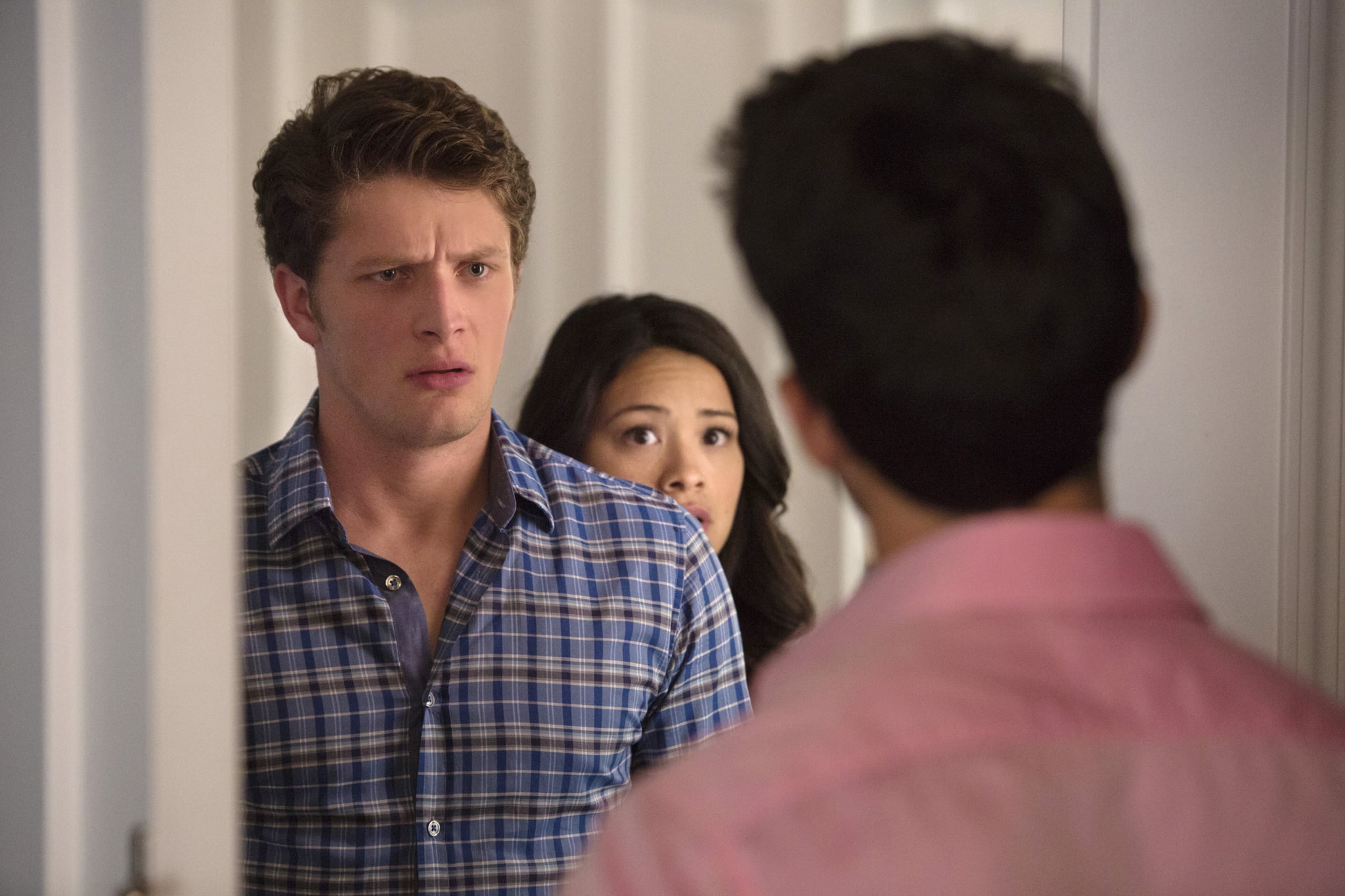 Warning: giant, Michael-related spoilers for Jane the Virgin below!

The end of Jane the Virgin's season four finale delivered a truly epic twist that I'm still struggling to recover from — Michael is apparently still alive and well despite seemingly dying from an aortic dissection in season three.

While I can appreciate that the moment is a genuinely surprising one in a show that is no stranger to shocking cliffhangers, the choice to revive Michael in particular filled me with equal parts excitement and dread. How could a show that had so deftly navigated the devastating grief of its central character undo all the hard work it had put in just one season earlier? But at the same time, what thrilling new adventures would Jane now have in store for her? In Wednesday night's premiere, "Chapter Eighty-Two," we begin to get an idea of where the fifth and final season of the series is heading.

The episode begins with a Day of the Dead montage showing just how far Jane has come over the last four years since Michael's death. As she progressively gets stronger and stronger with each yearly visit to his grave, she also makes sure to keep his memory alive by telling his story. But, as the Narrator notes, "She didn't actually expect him to come back from the freakin' dead!"

The season five premiere picks up right where season four leaves off, with Jane, Rafael, and Michael standing in the kitchen together. Only, he's not Michael anymore — apparently he has amnesia, now goes by the name Jason (as in Jason Bourne, of course), insists on calling Jane "ma'am," and describes himself as "not much of a talker" (which is great, because "Jason's" newfound southern accent is driving me up a damn wall). But really the main thing here is that he has amnesia, and he doesn't remember anything. Not even remember his cat! Or his mom! And most important of all, HE DOESN'T REMEMBER ROGELIO! (Well, it's important to Rogelio, OK?)

Raf steps in and tells a shell-shocked Jane a little bit about what he knows regarding how Michael ended up in Miami, and what happened to him four years earlier. "Rose orchestrated everything," he says, before the scene flashes back to Rafael visiting Rose in prison where she snidely informs him that Michael is indeed alive. Baffled, Raf asks her how, which — like any good villain — she relishes in telling him. Apparently she faked Michael's death by injecting him with Tetrodotoxin, which slowed his heart rate down enough to make it seem like he'd suffered a heart attack (or something similar) while taking his LSATs. Then she had "her EMT drivers" (why am I not surprised Rose has a fleet of evil EMTs on hand) take him away.

"You wouldn't believe how easy it is to incentivize a morgue pathologist with a gambling problem to sign a death certificate. So yes, he lives," she explains, before doing her best Frankenstein impression. "He liiives!"

Michael's amnesia is all thanks to enduring multiple rounds of electroshock therapy "focussed on the hippocampus and temporal lobe," according to Rose. While we don't know exactly why Rose decided to take Michael, she does use her knowledge of where he's been to force Raf to tell her where Louisa has been hiding out.

Raf also notes to Jane that he ordered a DNA test, so it's definitely Michael. Then he asks Michael/Jason to tell his side of things.

"Four years ago I woke up in a field in Montana with no memories. Some lady was there, said I should start over, so that's what I did," he says. "The lady said that I was in a whole lot of trouble, so I didn't know if I was a good guy or a bad guy."

So, will Michael/Jason ever get his memory back and vanquish that truly terrible accent? The neurologist he, Jane, and his mother go to see says that "there's so much about the brain that we don't know," and that it isn't an exact science, so . . . that's a solid maybe, people. The doctor suggests having Jane try to immerse Michael/Jason in familiar places and experiences, and to bring him around people he used to know in an effort to jog his broken memory.

Jane goes about this by reminiscing about their adorable first meeting. Unfortunately he finds Jane's description of the moment "sad." His bad attitude remains throughout the rest of the day, which involves taking him to eat Cubanos at his favourite food truck where he also manages to insult Jane's eating habits ("Wow, you really wolfed these down").

Oh, and because Michael/Jason isn't already making enough of a bad impression, he now clearly has the hots for Petra after re-meeting her at the Marbella. He even asks Jane if he "had a thing" with her! ("Well you did conspire to cover up a crime with her, maybe that's what you're remembering," Jane snaps back.) Not even a trip on their beloved ferris wheel sparks his memory. In fact, he seems almost disgusted by Jane's tales of his former life and can't imagine why he ever fell for her ("You do talk an awful lot").

But in the end, a small shred of the real Michael must still be in there because he comes over to Alba's house to apologise to Jane for his brusque behaviour earlier that day and makes an endearing speech:

"Part of me thought if I figured out who I was, my memories would come flooding back, like in a movie. But I shouldn't be taking it out on you, because you're just trying to help. And I also know I'm blowing up your life, coming back like this. I also want you to know it's not your responsibility . . . I'm serious, though. If you want me to go back to Montana, just tell me. I'll go."

In the end, Jane decides that she's going to help Michael/Jason try to recover his memories. (It's Jane, you guys. Of COURSE she was always going to help him!) But that doesn't necessarily mean a romance between them is in the works — after speaking with him and reflecting on what they once had, she's spurred to tell Rafael that she loves him, and nothing about their relationship has changed.

Hopefully we'll get a more thorough answer about why Sin Rostro went to such great lengths to kidnap Michael to begin with next week. Could it maybe have something to do with that group of scary-looking henchwomen who pop up at the end of the episode? Or maybe Rose messed with the DNA test Raf ordered and it's not actually Michael at all?!

As usual in all things Jane the Virgin, I'll be biting my nails for the entire week until the next chapter comes out.