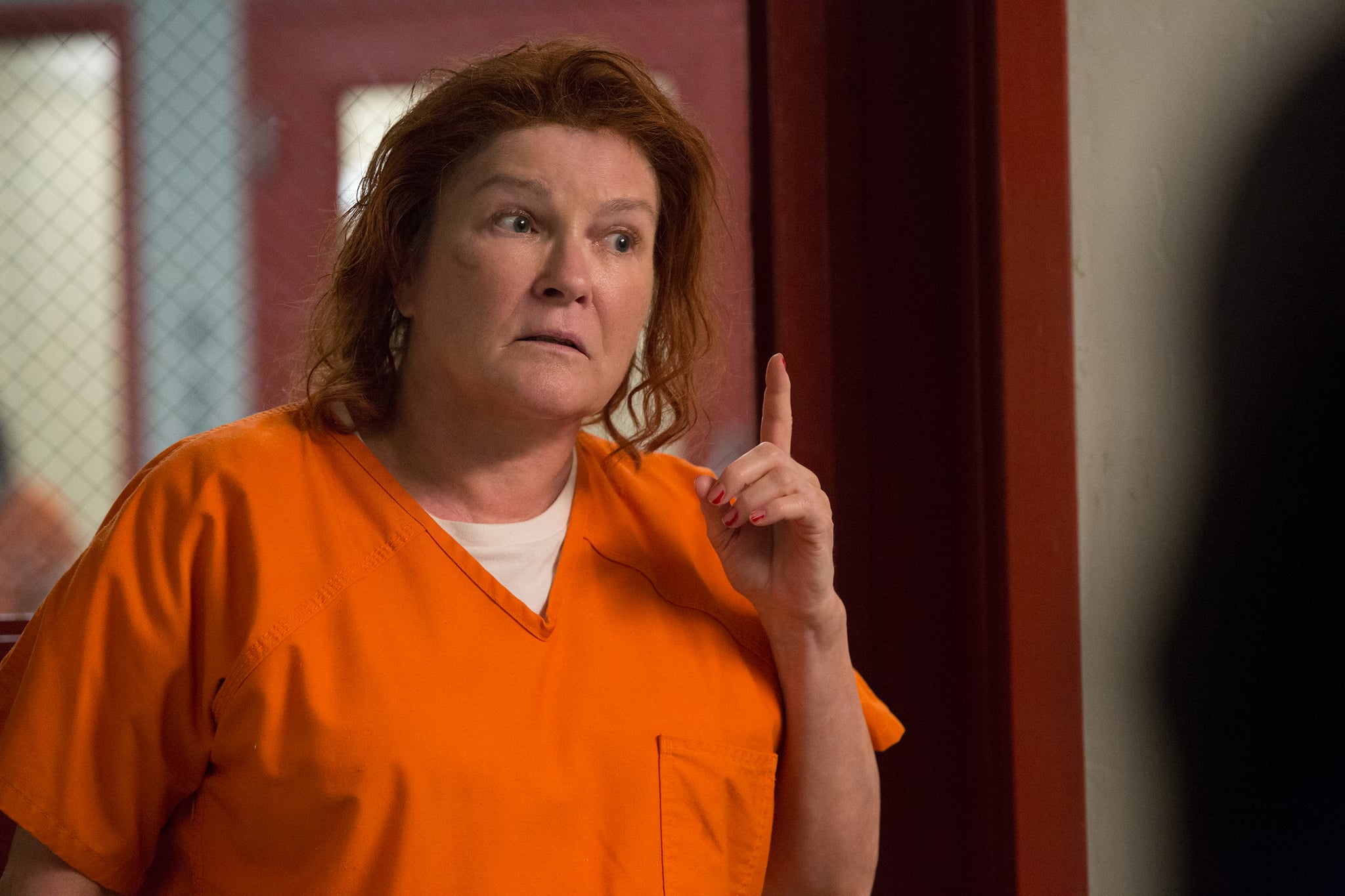 Time in prison intentionally moves slowly. The lack of windows obfuscates the number of days going by, and it's easy to lose track of time, making each person's sentence feel even longer. When it comes to Orange Is the New Black, how much time passes during each season is not always easy to determine. For one, the characters' move to maximum security means the latest season is more disorienting than usual. To figure out how much time passes during season six, we used some very minor detective skills.

Don't fall into the trap of looking at the characters' hair length for clues — especially Red's. Since hair grows roughly half an inch each month, the scalped Red magically having length again is not thanks to the passage of time, but more likely extensions, combing it differently, or a wig. Red is told that Carol's stylists would take care of her, and in Red's next scene, she has long hair again. It's reasonable to believe that some hair magic happens in that salon chair! Being the boss, Carol clearly has some sway with the guards, so it's not out of the question for her to be given special treatment, like access to wigs and extensions. No, if you want to figure out how much time passes in this season, one of the easiest ways to keep track of time is by watching the pregnant women.

At the beginning of season six, Lorna Morello is newly pregnant with her husband's baby after having a conjugal visit up against the vending machines in season three. Hardly a month goes by in season four, and only three days pass in the riot-filled fifth season. She's likely in her second month of pregnancy at the beginning of season six. Her belly grows throughout the season, but it's not until she directly tells Piper in the finale that she is seven months along that we can deduce that roughly five months passes during the course of season six.