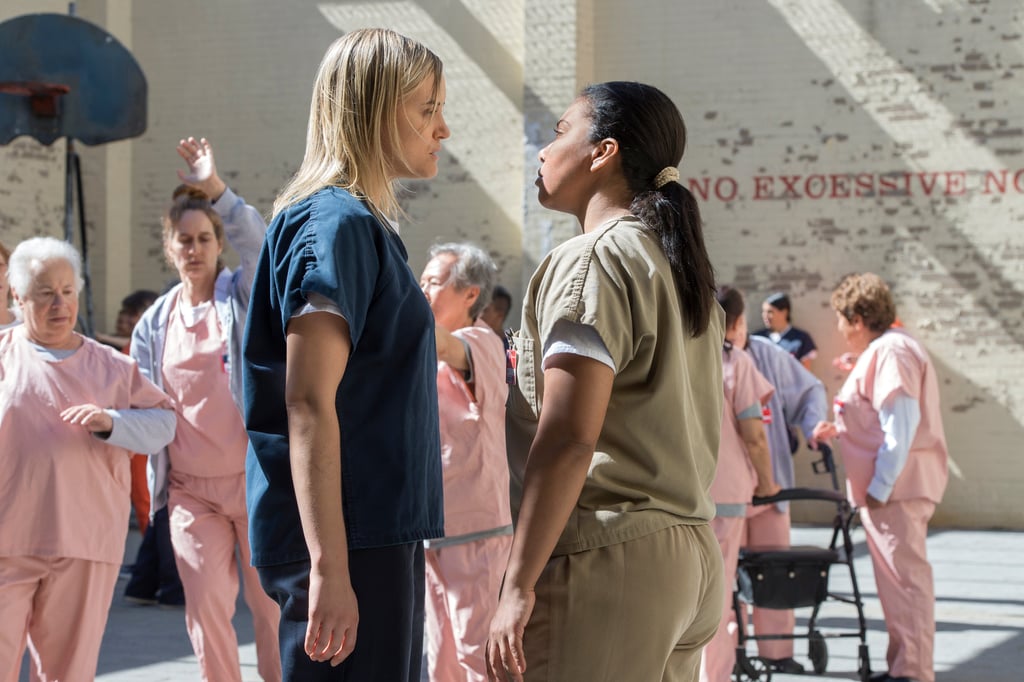 Roll call! The division of block in Litchfield adds a new twist for the sixth season of Orange is the New Black. After the ladies are released into gen pop in the maximum security area, they're divided into three different "blocks" of prison cells. If you're confused and trying to keep up with which inmate ends up in which block (and which are transferred out), don't worry — we're breaking it all down for you.