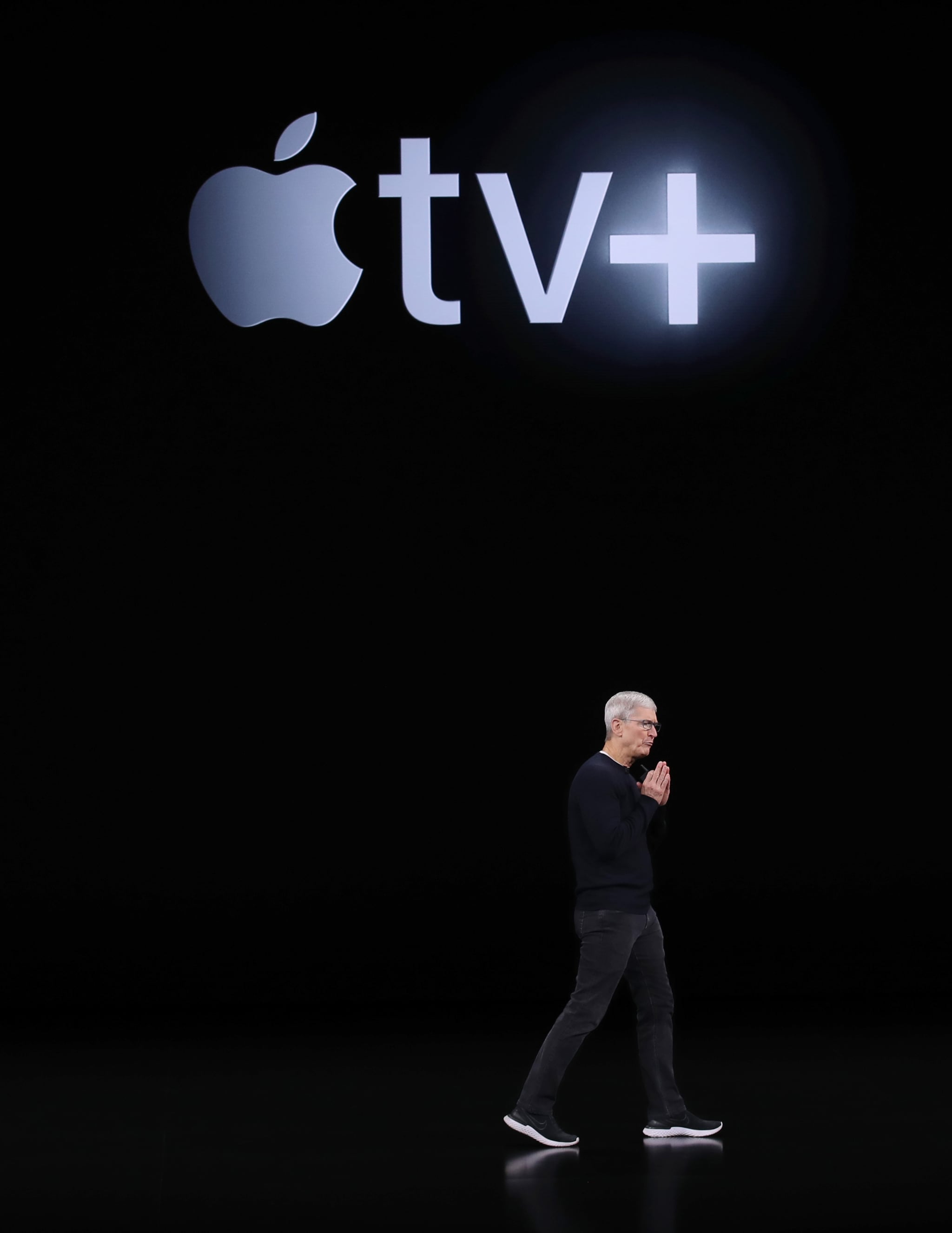 The streaming wars are about to have a new combatant: Apple is launching its own streaming service, Apple TV+. Like so many developments at the tech giant, some of the precise details about Apple TV+ are still under wraps, but the company has already generated huge buzz with announcements of the big-name projects that will be on their way. Here's everything we know so far about how Apple TV+ will work and what original content you can expect to find there.

What Is Apple TV+?

In short, Apple TV+ is a streaming service similar to Netflix, Hulu, and so on. According to CNET, the service will be completely ad-free and will include content available in over 100 countries around the world. It connects to the Apple TV app, which means it will sit as a "channel" alongside other subscription-based platforms that are available on Apple TVs, such as NOW TV and Netflix.

Apple TV+ will also be part of the "family sharing" concept, which allows multiple users to share a "family plan" and log in from different devices. One question that's still unclear: whether or not Apple TV+ will follow in the footsteps of Netflix, Hulu, and Amazon by including a library of licensed shows and movies, or will only air its own original content. So far, the only programming that's been announced is a slow but steady stream of Apple originals, but that could, of course, change at any time.

How Do You Get Apple TV+?

The specific details of the service were finally announced at Apple's big September event. Apple TV+ will launch on November 1 with a price of £4.99 per month, which fulfils the previous predictions that they'll try to undercut Netflix's prices by at least a pound. At this price point, Apple TV+ will be the cheapest streaming platform currently out there, at least for the moment. Comparatively, Amazon Prime costs £7.99 (although this does also include shipping benefits), NOW TV's current entertainment pass costs £7.99, and Disney Plus will cost $6.99 (£5.55) in the US although there is no word yet on how much it will cost in the UK when it launches in 2020.

There are a few special deals as well that come along with the purchase of other Apple products. If you buy a new iPhone, iPad, or Apple TV, you'll get a whole year of Apple TV+ for free; you'll have three months from the date of purchase (or three months from Nov. 1 if you purchase your device before then) to activate the offer. Up to six "family members" can share a single Apple TV+ plan, with each user being able to log in and watch using their own unique Apple ID.

What Originals Will Be on Apple TV+?

This is the buzziest element to Apple's new streaming service: what original programming they plan to offer. CNET reports a lengthy list of original TV shows and movies that are slated to debut on the platform. On the comedy side, Mythic Quest will be a half-hour sitcom from the creators of It's Always Sunny in Philadelphia, revolving around the video game industry. There's also Dickinson, a twisted comedy (yes, comedy) about the life of author Emily Dickinson starring Hailee Steinfeld and Jane Krakowski. Geek maestro J.J. Abrams is spearheading a musical dramedy called Little Voice with original music by Sara Bareilles, and Little America, from husband-and-wife duo Kumail Nanjiani and Emily V. Gordon, will be a funny and serious anthology series based on the real lives of immigrants.

On the drama side of things, the big headliner is The Morning Show, a behind-the-scenes drama about a morning news show starring Reese Witherspoon, Steve Carell, and Jennifer Aniston. See, a sci-fi drama set in a future where all humans are born blind, will star Aquaman's Jason Momoa alongside Alfre Woodard. Chris Evans is attached to produce and star in Defending Jacob, a crime thriller following a man whose teenage son has been accused of murder. And for literature fans, the popular novel Pachinko is headed to the small screen in an upcoming adaptation.

There's also the documentary and non-fiction side of things. Leading the way there is Oprah herself, who has two projects in development: one called Toxic Labor, and another, longer series focused on mental health, which she has partnered with Prince Harry to create. Additionally, Digital Trends notes that Apple plans to develop six feature films per year, with the intention of competing for major film awards. Along with all this, a huge number of big names in Hollywood are attached to develop new shows and/or movies, so Apple TV+ will have a healthy slate of original content for years to come.

British Celebrities
People Wear Real Clothes on The Cabins, but That's Not the Only Reason It's Better Than Love Island
by Navi Ahluwalia 12 hours ago

POPSUGAR Voices Team
Listen to the Synth-Filled, '80s Soundtrack For Channel 4's New Series It's A Sin
by Angela Law 18 hours ago