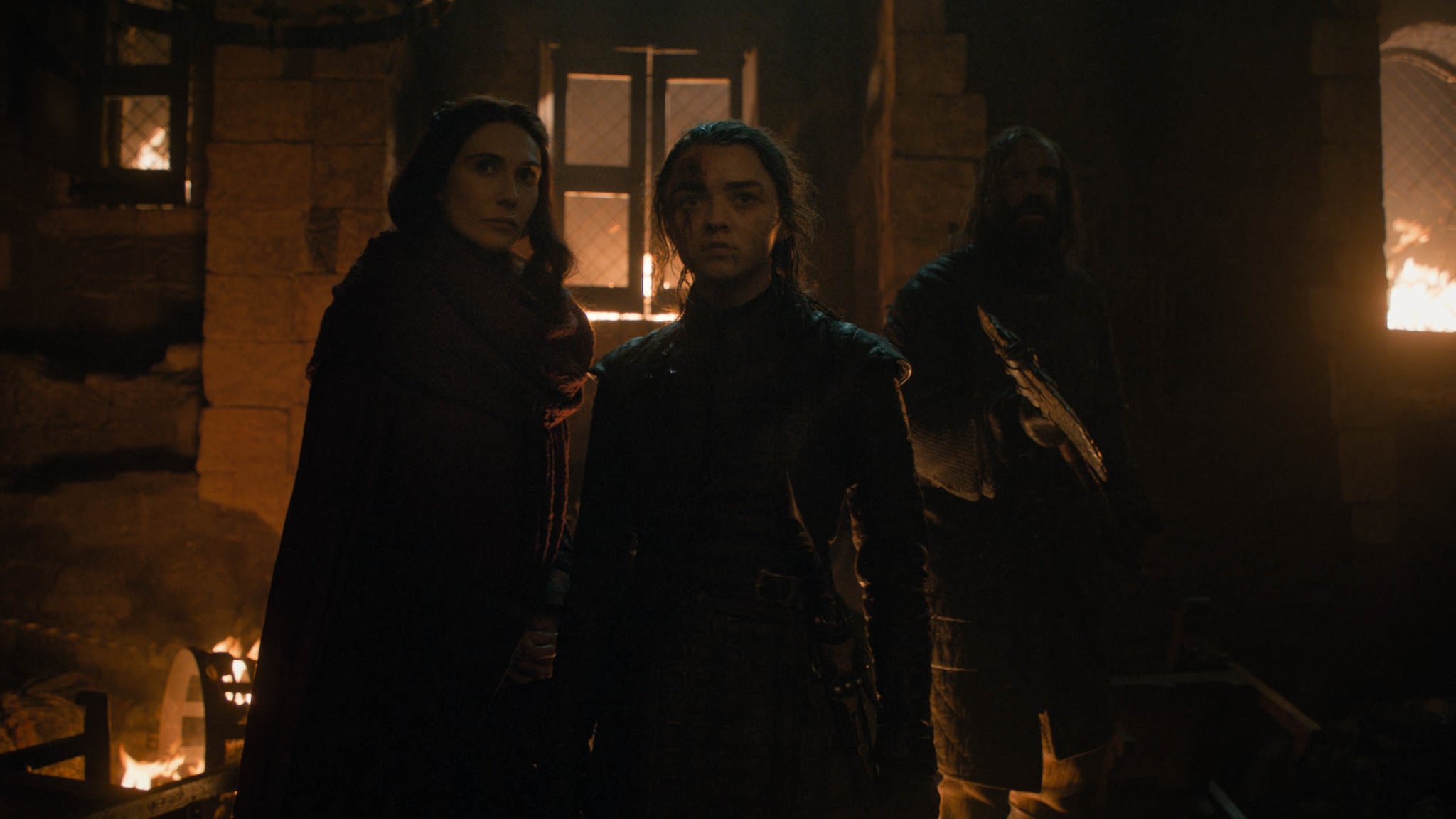 One of the biggest moments during "The Night King is Coming," Game of Thrones action-packed third episode of the final season, involves the youngest Stark taking on the biggest threat the series has ever seen. While the moment came out of left field for most of us, the episode does some heavy foreshadowing in the form of the ominous exchange between Melisandre and Arya Stark in the midst of the dead overtaking Winterfell.

After being saved by Beric in the crypts, Arya stares at Melisandre and, at first, we think this is the moment where the Red Woman meets her end—after all, she is high on Arya's kill list for kidnapping Gendry. But Melisandre diffuses the situation by making a vague statement that refers to "blue eyes." Little do we know in the moment that it is a callback to the prophecy she gave Arya when the two first met back in the third season: "I see a darkness in you, and in that darkness eyes staring back at me. Brown eyes, blue eyes, green eyes. Eyes you'll shut forever. We will meet again."

Basically, the words are a staunch reminder that over the course of the years that have passed since their initial meeting, Arya is the only one among them who has gained the skill, agility, and deception to destroy the blue-eyed Night King. Luckily for everyone at Winterfell, the young former disciple of the Faceless Men recognises this fact and springs into action just in time to save Bran and all of Winterfell.

But by undertaking the challenge, she put herself in immense danger because like her brother Bran she is one of the few people who has lived to tell the tale of being touched by the Night King. What will this mean for her going forward? Yes, the White Walkers and their leader are dead, but did the Night King pass on something that will manifest later in the season? Who knows? But we can't wait to find out.