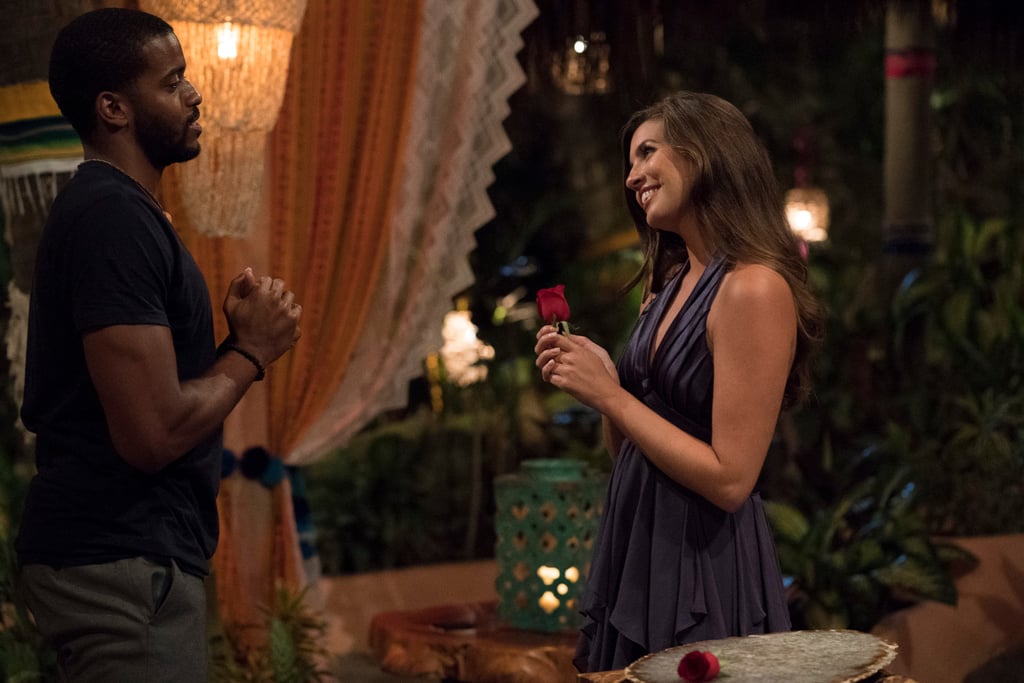 Eric Totally Screwed Angela Over on Bachelor in Paradise, and Fans Are Annoyed

Eric, what are you doing?! After he and Angela Amezcua went on one of the best dates in Bachelor in Paradise history — wearing fluffy robes and drinking champagne while having their own gourmet all-you-can-eat cheese buffet ——and he received a rose from the stunning model and Bachelor alum, he decided to throw away their progress as a couple by agreeing to a date with newcomer Cassandra, who we last saw on Juan Pablo's season. Eric spent most of the episode convincing Angela that he was "all in" on their bond, and that what they had was the real deal. Sadly, with one glimpse at Cassandra's, um, assets, Eric approached Angela and uttered the line no one wants to hear: "We need to talk."

While he was busy convincing Cassandra that what he had with Angela was just a casual fling, Angela turned to pal Astrid for comfort amid her confusion and hurt (shout out to Astrid, by the way, who is officially our fantasy BFF after that "talking sh*t" conversation). What begins as some girl talk by the pool devolves into Angela sobbing and yelling in the bathroom, with Eric none the wiser. In the preview for next week's episode, Chris Harrison promises "the most dramatic" moments in Bachelor in Paradise history, so it doesn't take a genius to assume Eric and Angela's breakup will be part of it.

Since we all have plenty of time to kill until the new episode airs, check out all of Bachelor Nation's best reactions to the Eric and Angela drama ahead.

Related:
Don’t Blink! Bachelor in Paradise Will Be Over Before You Know It
Previous Next Start Slideshow
Twitter ReactionsBachelor In ParadiseTV
Around The Web