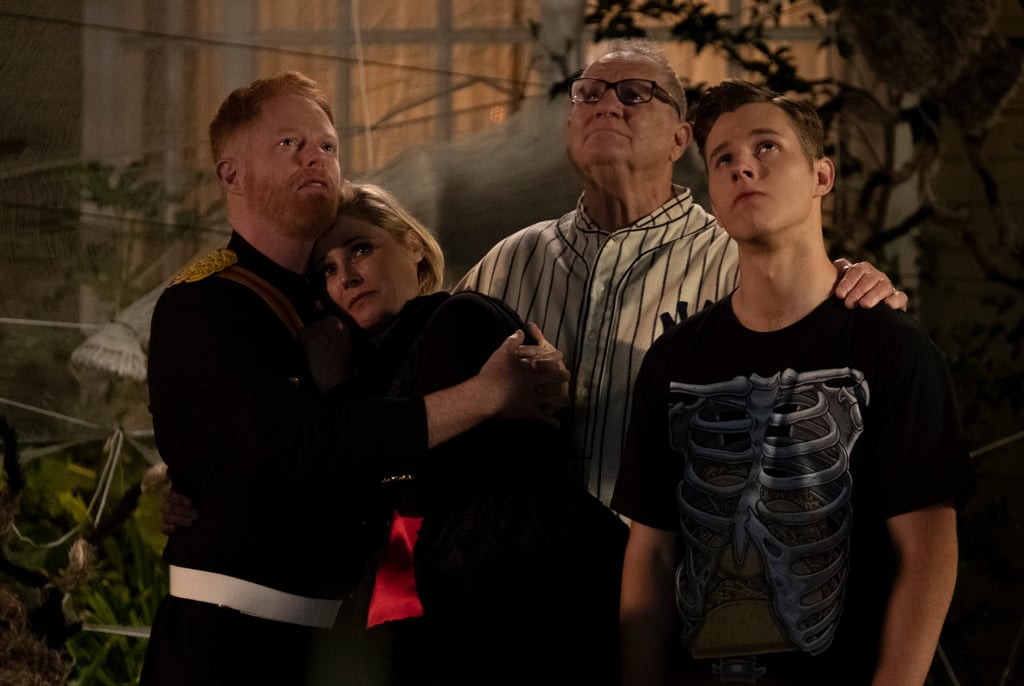 Spoilers for the latest episode of Modern Family ahead!

Although we let out a squeal of relief that Jay Pritchett's beloved pup, Stella, made it through the latest episode of Modern Family alive, the episode, "Good Grief," does indeed kill a character off: DeDe (recurring guest star Shelley Long), Jay's ex-wife and Claire and Mitchell's mother.

The news that someone would die in an upcoming episode of Modern Family was first reported back in September, with cocreator Christopher Lloyd revealing that the series would be "handling some bigger life events" over the course of season 10, including the death of a "significant" character. Within the first few minutes of the Halloween-themed episode, which aired on Wednesday night, Claire finds out the news from DeDe's husband, who tells her that her mother had a heart condition that she didn't want anyone in the family to know about. Even though her death is sad, some fans are now accusing the show of "false advertising" since DeDe hasn't exactly been a constant presence on the show — she's popped up in just seven episodes over the years.

Sure, "Good Grief" offers a departure from the typically lighthearted, zany antics of the Dunphy clan, but that upbeat tone is also what's kept fans coming back to the ABC comedy for the last 10 years; to some, including DeDe's death at all took away from the Halloween-themed episode. Whether you agree with disappointed fans or are still upset over the loss of Long's hilarious guest appearances, keep scrolling to see exactly how viewers reacted on Twitter after watching the episode.