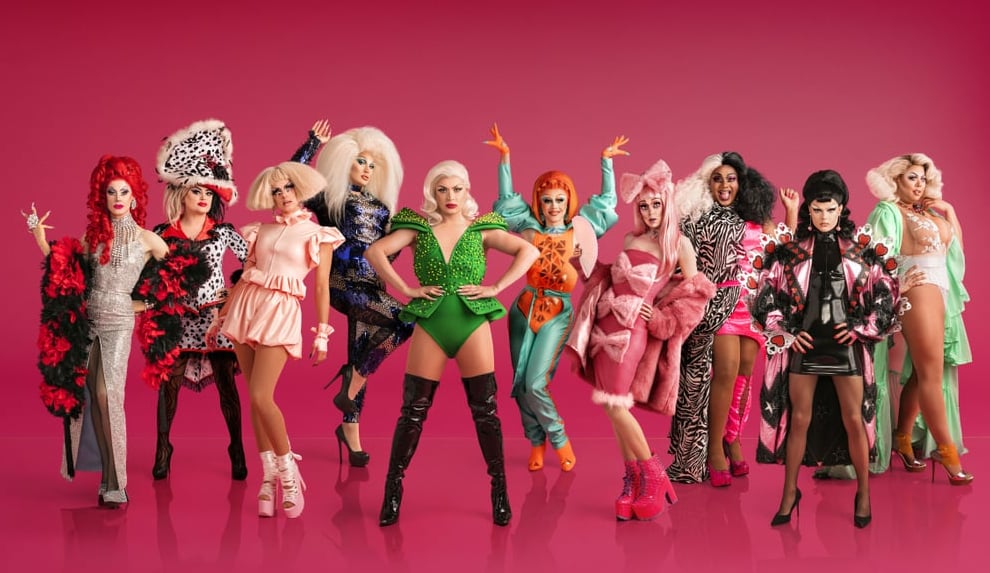 By now, you probably know that RuPaul's Drag Race will premiere in the UK this August. The BBC has been drip feeding us information about the series for weeks, keeping us on our (high-heeled) toes about who will form the glamorous list of queens to represent the UK drag scene. The judging lineup — which includes celebrities like Twiggy, Maisie Williams, Gerry Horner, and of course, Michelle Visage — is already proof that the first UK instalment of the show will be wonderfully fabulous.

The BBC finally put the internet's wild speculation to rest on Wednesday morning, releasing a statement announcing the 10 queens who will be joining the RuPaul's Drag Race UK season one cast and battling it out for the title as the "Queen of Great Britain". Each of the contestants were hand-picked by RuPaul: "Each of the UK queens is so unique, so courageous and so special. I can't wait for the UK — and the world — to fall in love with them the same way I did," he said in the statement.

The timing of the announcement is no accident, with the entire cast set to make their first scheduled public appearance at Manchester Pride this Saturday 24 August. The exact release date hasn't been announced yet but has been confirmed as some time during October 2019. When the show premieres, you can watch RuPaul's Drag Race UK on BBC Three, via BBC iPlayer — it will only be available to watch online at this stage. Keep on reading to see the full cast for the first season of RuPaul's Drag Race UK.