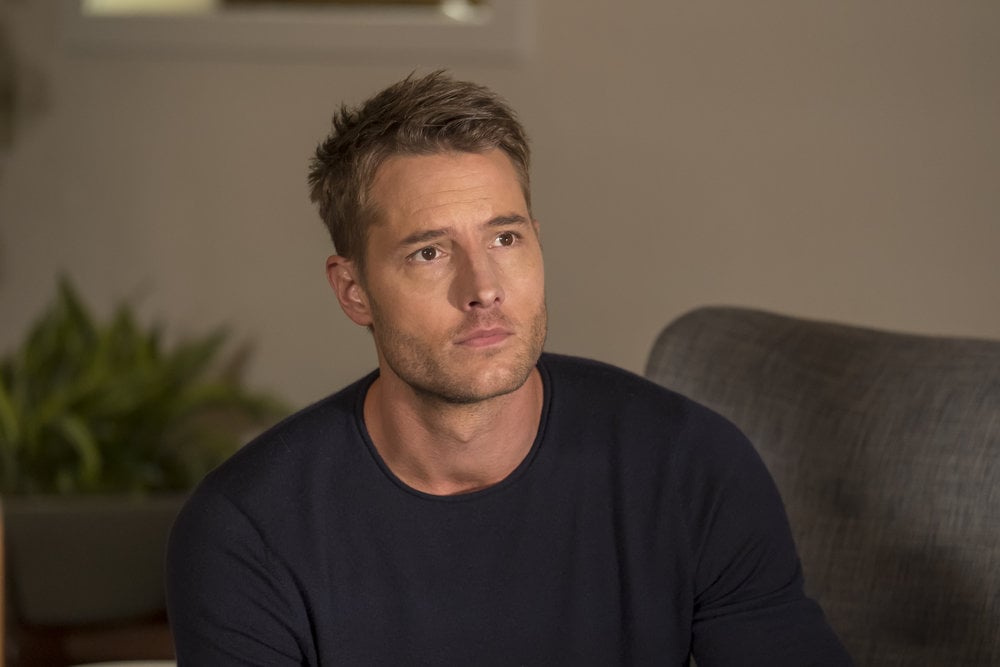 Warning: mild This Is Us season two finale spoilers ahead.

The This Is Us season two finale did not disappoint with its "what if" scenarios, flash-forwards, and, of course, the ever-emotional monologues. Throughout the episode, Kevin and Randall channel their dad leading up to Kate's wedding day, acting as Jack would've, because she absolutely deserves the best. During the reception, Kevin takes his tribute to his father one step further through his emotional wedding toast.

He delivers a message that couldn't have been worded better by Jack himself, referring to Kate by her childhood nickname "Katie-girl" and emphasizing how beautiful she is. The moment that really got the internet talking, though, is when Kevin asks his siblings and mom to "let go" of a collective breath they've been holding, a symbolic way of letting themselves grieve their dad's death properly.

Turns out, this breathing exercise may have been a tribute to Jack in more ways than one. If we throw back all the way to the start of the first season, you may recall that Jack's "Big Three" chant begins with a deep breath. Both as kids and adults, they breathe in before starting "First came me . . . "

While this is definitely a popular calming technique, and one we admittedly use ourselves when watching the show, we can't help but see the parallels between these moments. After all, Jack teaches his kids to take this deep breath in. Little did they know, they'd be holding it (metaphorically, of course) for so many years after he passed on.

Netflix
Behind Her Eyes Star Eve Hewson: "I've Been Googling Myself Nonstop"
by Navi Ahluwalia 1 hour ago